Kylian Mbappe is so important to Paris Saint-Germain and French football that the nation’s Minister of Sport, Roxana Maracineanu, has added her voice to those calling on the World Cup winner to sign a new contract.

The 22-year-old’s stock has risen again on the back of a stunning Champions League hat-trick against Barcelona at Camp Nou.

He is once again generating talk of interest from Real Madrid and Liverpool, with no extension agreed at Parc des Princes as yet, but everyone around PSG is eager to see him end the speculation and commit his future to the Ligue 1 title holders.

Maracineanu, a former swimmer and Olympic silver medallist, has told France Info when asked if she has a message for Mbappe: “Kylian, stay in France. We want to continue watching you play here.

“We need you, the public needs you, PSG need you and our young people need to have role models and examples to look up to.

What has Mbappe said on his future?

The highly-rated frontman was quizzed on his plans after putting in an eye-catching performance against Barca.

He told RMC Sport: “My future? It would be stupid to decide my future on the back of just one game. It is an issue which requires a lot of thought.

“I’ve always said that I am happy here.”

When does Mbappe’s contract expire?

The France international’s current deal is only due to run until the summer of 2022.

He has entered the final 18 months of that agreement and has so far stopped short of penning fresh terms.

PSG have, however, made no secret of their desire to get more paperwork signed that stands to benefit all concerned.

They are also facing a similar challenge when it comes to Neymar.

The Brazilian forward is another that has less than two years remaining on his contract, with the most expensive player in world football hinting that he will end the uncertainty surrounding his future by agreeing an extension at some stage this season.

Sat Feb 20 , 2021
The Green Army, who yet again found themselves embroiled in travel hitches, are trailing ahead of the decisive clash in Lusaka Gor Mahia are heading to Zambia knowing very well that a negative result will send them packing from the Caf Confederation Cup. The Kenyan giants were stunned by Napsa Stars […] 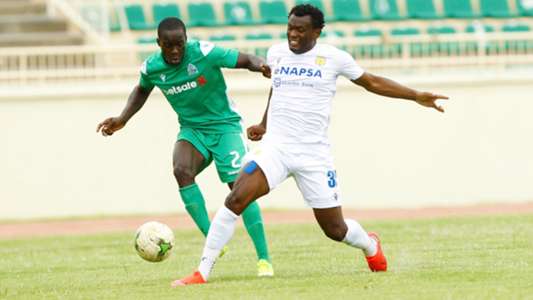