Despite leaving the midfielder out of his squad for the season, the Gunners coach was full of praise for the playmaker after his move to Fenerbahce

Arsenal coach Mikel Arteta said it was a “privilege” to play with and coach Mesut Ozil after the attacking midfielder departed the club for Fenerbahce.

The 32-year-old completed a free transfer to the Turkish giants on Sunday, bringing an end to a spell in north London that has lasted almost eight years.

Despite making 254 appearances and winning four FA Cup trophies since he joined from Real Madrid, Ozil did not make an appearance for the Gunners this season.

Arteta left the former Germany international out of his squad for the Premier League and Europa League and a move had long seemed imminent with his contract set to expire at the end of the season.

However Arteta, who was a team-mate of Ozil’s for three years at Arsenal before he retired, praised the playmaker for his impact at the club as he bid farewell.

“Mesut’s achievements at Arsenal are undisputed. It was a privilege to play alongside him and, more recently, coach him,” he told the club’s website. “His creativity and vision led to many goals during his time in the Arsenal shirt. Mesut was at the heart of many great moments for this club over the years, including those three FA Cup final wins.

“These successes will always be part of our history. We thank Mesut and wish him all the best with Fenerbahce.”

Meanwhile, Ozil said he will never forget his time at the club and thank technical director Edu for his role in finalising the move to Fenerbahce.

“I’d like to thank the club for this amazing journey over the past seven-and-a-half years,” he said. “The support I have felt from the team and fans during my time here has been truly incredible and something I will always be grateful for. Together we won trophies for the first time in years and created memories that will last a lifetime. The Arsenal fans will forever remain in my heart.

“I’d like to thank Edu Gaspar for helping bring about a professional and dignified solution in the past few days, and I wish everyone at the club the best in their attempt to continue to bring Arsenal back to the top, where we belong.”

Edu said: “We thank Mesut for his huge contribution to Arsenal. He has given the fans and everyone at the club many wonderful moments on the pitch since he joined us in 2013.

“We would like to thank Mesut and his team for their professionalism during our recent negotiations. I know everyone associated with Arsenal will join me in wishing Mesut and his family the best of health, success and happiness in the next chapter of his career.”

Sun Jan 24 , 2021
The Mali international scored a spectacular strike which inspired the Seagulls to the FA Cup fifth round on Saturday Brighton & Hove Albion manager Graham Potter has backed Yves Bissouma to excel in the Champions League amid reported transfer links to Liverpool and Manchester United. Bissouma scored a stunning goal […] 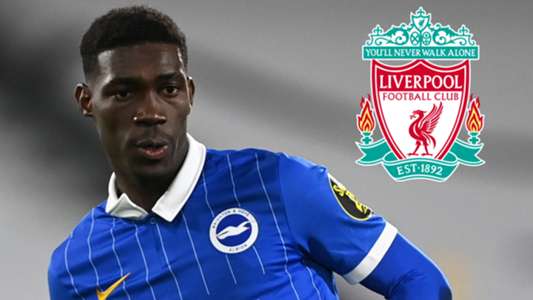