Fauzan Dzulkifli used to guard the middle of the park for PKNS FC. After hanging up his boots, he now guards his clients’ financial future.

By his own admission, former Selangor, PKNS FC, Felda United and Penang FC midfielder Fauzan Dzulkifli’s name is not as well-known as his peers. Perhaps that is why when he hung his boots in 2020, the news barely registered among Malaysian football fans.

But when he reemerged on social media earlier this week with an announcement, it caught some eyes; Fauzan has embarked on a new career, as an Islamic financial planner.

When interviewed by Goal over the telephone on Sunday, the man who was last on the books for Sarawak however denied that the Covid-19 pandemic, which has gravely affected the finances of Malaysian clubs, is the main reason for difficulties he faced to continue playing professionally.

“Sure, footballers aged 33, 34 like me can still play [at the top level] and if given the chance I’d have continued playing. But frankly, from what I’ve seen in the past five years, players aged 30 and older have grown irrelevant. It’s not like how it was, when clubs would look for these more senior players first, before they signed the younger players. These days, if they want the more senior players, it’s established names like Shukor Adan, Indra Putra, Azmi Muslim and Safiq Rahim.

“Unfortunately, clubs don’t go for lesser-known guys like me anymore. So when I no longer received calls from clubs after the M3 League was cancelled when I was at Sarawak in 2020, I decided to call it a day. 15 years or so [in professional football] is enough and it was time for me to earn a living in another field.

“And things are getting more difficult with more and more [Malaysian] teams shutting down. These days, even well-known names and former Malaysia internationals are made to attend trials before they are signed,” he revealed.

However, the Tanjung Karang, Selangor-born former player is far from bitter at the circumstance that led to his retirement.

“This is just one of the changes that Malaysian football is going through and we need to accept it,” said Fauzan frankly. “After all, the more senior players command high salaries as compared to the younger guys.”

“Covid-19 only hastened this change and many others like it. Clubs’ finances have taken a hit and they need to spend within their means, wage bill-wise. For example, look at Petaling Jaya City who has an all-local roster this season. I commend this, because it’s better than promising the sun and the moon only to later miss salary payment three or four months down the line.”

According to him, he is not the only player of his age group to experience such a difficulty in Malaysia’s professional football.

“From what I’ve been seeing on social media, even more of Malaysian players my age are experiencing what I went through. They now need to earn a living from other fields, such as by opening their own business. And this is good, because they need to be proactive instead of waiting for income opportunities to fall into their lap, when too many players are being produced with too few professional teams around. There are younger players and AMD (Mokhtar Dahari Academy) graduates that can be signed for cheaper, and the more senior guys are being relegated to second and third signing choices.

“And sometimes these experienced players get too demanding with their wages. I’ve heard of friends who rejected offers because they are used to getting paid more. Sure, they need to avoid being taken advantage of with RM3,000 salaries, but in this economy they should be thankful for the opportunity to continue playing. A paycut isn’t the worst thing ever,” opined Fauzan.

Looking back to his career, the former midfielder counts his first stint at PKNS, under former head coach Abdul Rahman Ibrahim as his best time as a pro footballer. The club’s professional team has since ceased operations.

“Although I did win the FA Cup and the Malaysia Super League with Selangor, those aren’t quite my achievements because I rarely got to play there. It’s only when I moved to PKNS in 2011 that I got to be proud of what I achieved. I played regularly under Abdul Rahman, and helped them win promotion to the top tier for the first time ever. I am very satisfied of my time there.

“Playing under Abdul Rahman has also helped shape me a lot. One advice of his that I still remember was to be hungry for playing minutes over big wages. After the first season at PKNS, I received many big offers from other clubs. But he came up to me and said ‘PKNS can’t counter offer these teams, but we can guarantee you playing time.’ I agreed with his point and stayed there until he left in 2013. I received an offer to rejoin him at Terengganu FC the following season, but I was still under contract at PKNS, and afterwards he retired from coaching. I still keep in touch with him to this day,” recalled the midfielder.

Fauzan playing in his second stint for PKNS in 2017. Photo from PKNS FC

His new career as an Islamic financial planner is perhaps a natural choice, judging from his investment acumen. Having purchased his first house at the age of 23 before adding more houses and lands to his roster over the years, Fauzan first participated in the financial planning business as a client during his playing days, in an effort to diversify his portfolio.

When a friend convinced him to sit for a test that would grant him the licence to operate as a financial planner in 2019, he never looked back. The following year, Fauzan started doing it full-time.

“I can’t say I started doing this out of interest or passion, but the interest in it did grow after getting the hang of it.

“Furthermore, what gives me satisfaction is not just the commissions, but the fact that I’m helping others. I’m helping them choose the right takaful (Islamic insurance), the right place to save, and when my clients profit from my advice, it makes me proud too,” he said.

But that does not mean that Fauzan’s transition from a pro footballer to a financial planner was easy. Surprisingly enough, he admitted that the rejection from potential clients still stings.

“Engaging clients, meeting and dealing with people take getting used to for me. Getting rejected is harsh! Even as a lesser-known player, I was used to being wanted most of the time. Now in my new career, I regularly get taken down a peg or two from rejections when potential clients decide against engaging my services.

“There was a customer who ripped me a new one when he found out that his unit-trust savings did not accumulate according to projections in the first few months. But I’d told him that this type of savings have its ups and downs and require time, maybe he forgot about it. Since he’s a client and a friend, I had to take it on the chin. Thankfully, the market is on the rise now and he too has since upped his contributions. He’s smiling again now,” says the former midfielder cheekily.

When asked whether he had any financial management advice to the current crop of Malaysian players, the man whose rank of clients currently include Malaysia internationals Syamer Kutty and Shahrul Saad responded that saving their income well is just as important.

“What they need to do is set up an emergency savings account,” advised Fauzan. “Even if they set aside some money, if it’s not managed well, this saving can run out within two or three years of their retirement, regardless of the size of their wage. Secondly, get income protection for when you can’t play due to, God forbid, permanent disability.”

“They need a consultant to help plan their financial future, to save and invest well in order to last them five years without a steady income. Speak to someone who knows the deal. And they also need to diversify their portfolio and avoid putting all their eggs in one basket, so that any losses can be offset by profits from other sources.”

However, the father of two little girls has not abandoned the sport altogether. Fauzan does harbour hope to coach in the future, just not at the professional level.

“I have sat for the ‘D’ coaching badge in 2019 because I am interested in coaching. But only at the grassroots and school levels, with kids who are just starting out.

“The satisfaction for me is in moulding a talented young player and seeing them progress to the next stage. I want to be able to guide youths aged 11, 12 through the district level, and next to the state level. And who knows, maybe in five or 10 years they will be signed by Selangor FC. I’ll get to see that happens with my own eyes,” said Fauzan.

Before ending the interview, Fauzan asked that he be allowed to share a message to Malaysian players of his age, who may now be facing difficulties securing a playing a contract.

He used the example of 34-year old former Kelantan and Selangor defender Rizal Fahmi Rosid, who was revealed to be working as a ride share driver recently, after failing to secure a team this season.

“They must stop depending on football as a the sole source of income. Trust in Allah’s plans and barakah (Arabic for blessings), there are other ways to earn a living out there. Even if the income seems small, if you work diligently, it will be enough for them and their family. Find other ways to earn a living. Don’t hope against hope that they will be signed by a club.

“I’m very proud of guys like Rizal Fahmi, who is not embarrassed to drive for Grab. For someone who has played at the top level to do what is necessary to earn a living, that is commendable. He has set any feelings of embarrassment aside in order to make money, and I’m sure there must be satisfaction in being able to do that. It’s a lot better than simply staying at home waiting for a contract offer that is never going to arrive,” he praised.

To have Messi at PSG would be magnificent, admits Verratti

Mon Feb 8 , 2021
The Ligue 1 champions are considered to be favourites to sign the Barcelona star, and another of their players has said he would be welcome Marco Verratti admits that he is excited by the prospect of Lionel Messi signing for Paris Saint-Germain. Messi’s deal with Barcelona is up at the […] 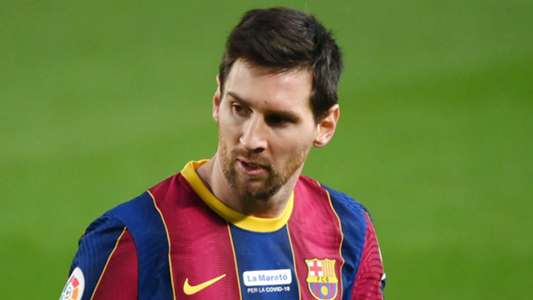