Khalid Jamil seems to be a man on a mission since taking charge of NorthEast United as their interim head coach in January replacing Spanish manager Gerard Nus.

The Highlanders, who had a slump in form midway into the season under Nus, look a rejuvenated and a completely different side since Jamil took charge. The club has won their last three matches against teams like Jamshedpur FC, ATK Mohun Bagan and the mighty Mumbai City FC, scoring two goals in each match.

The Indian head coach has managed to rekindle the belief among the NorthEast players and motivated them in a very short span to churn out positive results. Known to be players’ manager through and through, the former I-League winning coach brought out the best out of this set of players, most of whom were handpicked by Jamil himself.

Underdog stories go hand in hand with this Mumbai-based coach who was an integral part of arguably Indian club football’s greatest fairytale, Aizawl FC’s I-League triumph in the 2016-17 season.

Khalid Jamil’s playing career was short-lived due to multiple injuries and in 2008, at the age of 32, he took up his first coaching assignment when he joined erstwhile I-League club Mumbai FC as the U18 coach.

Jamil, in an interview with Goal, had revealed that he learned the value of discipline from the then Mumbai City head coach David Booth, something which is a very important part of Jamil’s own coaching manual. Players who have played under Jamil have attested that he is always the first person to arrive on the training pitch and is the last to leave which throws light on the coach’s dedication to the task at hand.

After Booth left Mumbai FC, Jamil replaced his idol at the helm and thus began his journey as a professional coach. He procured his AFC Pro License in 2014 under former India national team coach Wim Koevermans. The Dutch coach, according to Jamil, had an influence on how he worked with players.

His Mumbai FC sojourn ended in 2016 after which the brightest chapter in his coaching career began. Just a month before the 2016-17 season of the I-League, Aizawl FC approached him with a coach’s job and he happily accepted. It was a gutsy move on Jamil’s part to take up the coaching role at a club that got relegated just a season back. But he accepted the challenge and built a team which scripted history in the end.

Except for Mumbai, no team of Khalid Jamil have ever played defensive football, be it Aizawl or East Bengal. In their title-winning campaign, Aizawl had scored 24 goals in 18 matches and had won eight of their nine home games.

A year later, East Bengal under Khalid Jamil, had scored 32 goals in 18 matches which was the highest among all the teams in the league that season. They had scored eight more goals than champions Minerva Punjab and 12 more than second-placed NEROCA FC.

The Kuwait-born coach is known to have a rapport with players he works with. He creates personal bonds with his players and is always approachable. He is committed to his pupils and tries to give attention to every single player individually irrespective of their pecking order in the team.

Syrian midfielder Mahmoud Al Amna, who has worked with Jamil at Aizawl and East Bengal, had told Goal in an exclusive interview, “He is a gentleman. He is open to everything. He is a good tactician. He respects the players and brings unity in the dressing room. It was a very good experience working with him. I have worked with several coaches in my career. I also worked with big coaches but Khalid Jamil is my favourite coach.”

Amna’s words clearly point out why Khalid Jamil has been a successful coach and his recent success with NorthEast United is just a testimony to his zeal and hard work over the years.

Wed Feb 3 , 2021
Naushad Moosa’s side schooled the Red and Golds to keep their play-offs hope alive… Bengaluru FC finally got their much-awaited three points as they tactically outsmarted an out-of-sorts East Bengal side in an Indian Super League (ISL) clash on Tuesday. The Red and Golds had more possession of the ball and […] 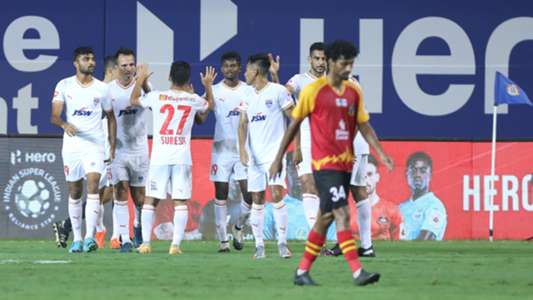