The forward had left the country for the North Africa region after the Red Knights showed interest in his services. The former Rising Star did not hesitate to take the offer and he has now signed for an undisclosed period.

The lanky striker was signed by Bidco United at the beginning of the 2020/21 season as a free agent after being dropped by Wazito FC alongside 12 other players.

“Mutamba came to me and said he has an offer from a Libyan team and requested to leave,” Bidco United head coach Japheth Akhulia told Goal on Tuesday.

“Being that it is a greener pasture I had to let him go. It was a short term with us and we appreciate the time we have been working together. I took him in when he was dropped, shaped him and I am happy he has impressed someone out there.

“We will miss his services but in football, things happen and as a club, we just wish him the best.”

The former Sofapaka player was signed by the promoted side alongside veteran forward Stephen Waruru, who won the Golden Boot in the 2012 season while with Ulinzi Stars. He has also had spells with Sofapaka and KCB.

Another player who was signed by the Thika-based side was the then unattached Noah Wafula, who had amassed top-tier experience after turning out for Tusker FC and AFC Leopards.

Former Zoo FC defender Wilson Anekeya also made a return to his former town. It was in this place where he made his name while with former top-flight football side Thika United. Luke Ochieng’ was also signed from Western Stima, the same as Brian Opondo from Kariobangi Sharks.

Mutamba leaves Bidco in the 15th position with eight points coming from the 10 games they have played so far.

Tue Jan 26 , 2021
The Zambian club has confirmed their tactician has now tested negative from the virus after isolating for the last 14 days Napsa Stars coach Mohamed Fathi has recovered from Covid-19 and will be available to lead the side against Gor Mahia in the playoffs of the Caf Confederation Cup. The […] 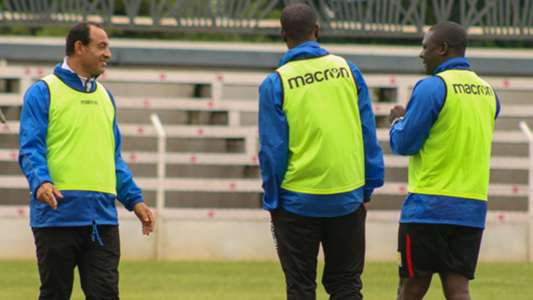