Arsenal head coach Mikel Arteta has praised the turnaround in form that winger Nicolas Pepe has enjoyed in recent weeks.

Pepe has started just eight times in the Premier League this season but four of those have come in Arsenal’s last five matches.

The Ivorian has scored twice in those games, giving a hint that he could rediscover the form that saw the Gunners pay £72 million ($99m) to sign him from Lille in 2019.

Editors’ Picks
What did Arteta say about Pepe?

“The fact that we have the Europa League gave the opportunity to almost everyone in the squad to be fit and available and compete for their place,” Arteta told reporters.

“[Pepe] has had some really good matches and scored some important goals as well and I think that has helped him for the Premier League form and the recent form that he’s shown.

“I’ve seen a lot of things, in his mentality, the way he approaches every training session, in his understanding of the game as well.

“It’s true that he has patches where he’s played more than at other times. He has had the opportunity over the last couple of months that probably every player has been seeking to have but I think overall there is a lot of progress with Nico.”

Big things were expected of Pepe when Arsenal made him their most expensive signing ever in July 2019.

After a season in which he scored 23 goals for Lille however, Pepe failed to reproduce his best form last season in his debut campaign with the Gunners, netting just eight times.

Pepe has had an up-and-down campaign in 2020-21 thus far as well. The low point may have been a red card against Leeds in November, damaging the Gunners in just his second league start of the season.

The 25-year-old has performed well in the Europa League, netting three times in six games, while he has recently begun to grow in stature in the Premier League as well.

What’s next for Pepe and Arsenal?

The Gunners are set to face Benfica in the Europa League last 32 on Thursday, before facing high-flying Manchester City on Sunday in Premier League action.

Wed Feb 17 , 2021
The Highlanders need a win to become the third team to seal their play-off berth this season… Chennaiyin play for pride as they look for their first win in eight games when they face NorthEast United in the 2020-21 Indian Super League (ISL) at the GMC Stadium in Bambolim, on Thursday evening. Game Chennaiyin […] 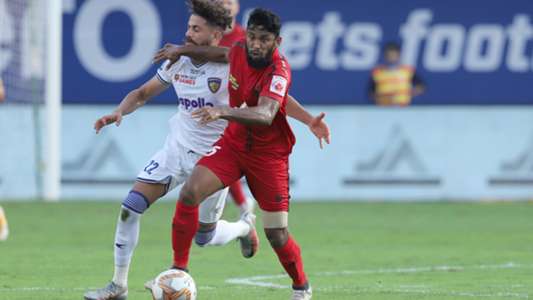