Mino Raiola has refused to rule out a potential return to Serie A for Paul Pogba, while claiming “people get nervous” when he talks about the Manchester United star.

Pogba’s future has been the subject of much speculation in recent months, with it reported that Real Madrid and Juventus are both interested in signing the midfielder in the summer transfer window.

The 28-year-old, who re-joined United from Juve for £89 million ($123m) in 2016, has long been linked with a return to the Allianz Stadium, and Raiola has passed up the chance to silence those rumours once and for all.

Editors’ Picks
What has Raiola said?

When asked if Pogba could make his way back to Serie A later this year, the Frenchman’s agent told Tuttomercatoweb: “Pogba must also be left alone. When I speak people get nervous, he doesn’t sleep at night, so I don’t speak anymore.

“I will do what I have to do not in front of you, but in the shadows, as I always have.”

Raiola came in for heavy criticism after speaking out on Pogba’s situation at Old Trafford before Manchester United’s Champions League group stage decider against RB Leipzig at the start of the December.

The 53-year-old told Tuttosport: “I can say that it’s over for Paul Pogba at Manchester United. Paul is unhappy with Man United as he is no longer able to express himself in the way that he would like and as he is expected to. Paul needs a new team, a change of air.”

Raiola backtracked somewhat later in the month, telling reporters at the annual Golden Boy awards: “When it comes to him in England, they are sensitive, perhaps too sensitive. In January the great players hardly move, then in the summer let’s see what happens.

“Pogba will have a great future.”

What has Pogba said?

Pogba has never directly addressed Raiola’s claims in the media, but did recently insist that he is content in his current surroundings in Manchester.

“Everybody knows that I have one year left, I’m going to speak with the club, see what’s going on.

“For now my goal, my objective is to win something, all I am thinking about is winning, to bring my energy, give my best to help the team.”

Pogba’s current contract is due to expire in less than 18 months, and United have been tipped to cash in on the playmaker before he is available as a free agent.

He had started to rediscover his best form before being sidelined with a thigh injury during a 3-3 draw with Everton in the Premier League at the weekend, with that issue set to keep him out action for at least a few weeks.

Solskjaer has plenty of alternative options in the middle of the park at his disposal, including Bruno Fernandes, who has replaced Pogba as the club’s talisman since his arrival from Sporting in January 2019.

Thu Feb 11 , 2021
Against all odds, the Red Devils defeated the Brazilian side, and fans waxed lyrical about Pitso Mosimane’s men on social media Egyptian Premier League side Al Ahly defeated Palmeiras 3-2 on penalties to finish third at the Fifa Club World Cup. Having lost 2-0 to Bayern Munich in the semi-final […] 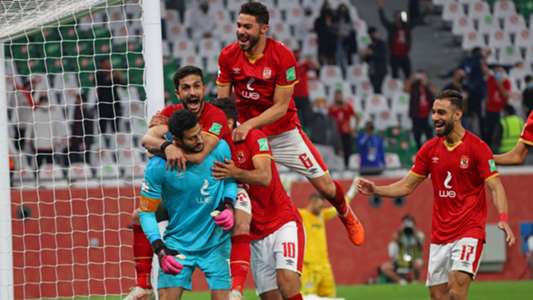