Dwight Yorke has expressed his belief that criticism of Manchester United boss Ole Gunnar Solskjaer stems from “pure jealousy” while claiming “people don’t want to see him be successful”.

Solskjaer is currently in the middle of his second full season in charge at Old Trafford, having been appointed as Jose Mourinho’s permanent successor in the dugout back in March 2019.

The Norwegian guided the Red Devils to a third-place Premier League finish and three semi-finals last term, bringing in the likes of Harry Maguire, Aaron Wan-Bissaka and Bruno Fernandes to aid his cause along the way.

Edinson Cavani, Alex Telles and Donny van de Beek were also recruited ahead of the 2020-21 campaign, which has so far been a hugely successful one for the Manchester outfit.

United have risen to the top-flight summit post-new year for the first time since Sir Alex Ferguson’s departure eight years ago, having recorded 12 wins, four draws and just three defeats from their opening 19 fixtures.

Despite the fact he has overseen steady progress at the Theatre of Dreams, questions have been asked over Solskjaer’s credentials throughout his tenure, with an early Champions League exit at the start of December bringing the situation to a boiling point.

However, the Red Devils kept faith with a club legend amid intense pressure to make a change, and they have been rewarded for their patience since then as the team has embarked on a run of seven wins from their last 10 matches across all competitions.

Yorke thinks Solskjaer has been the victim of an unfair witchhunt because of the fact he was handed the managerial reins with minimal coaching experience, as the treble winner told The Sun: “There is a lot of jealousy towards Ole from within the game. People don’t want to see him be successful for some reason.

“I have been looking at it and listening to people talk about the football club and it is pure jealousy.

“He did not do great at Cardiff and managed Molde then gets one of the top jobs in world football.

“People in football are begging for an opportunity and he has got this one, he’s won the jackpot.”

The former United striker has been delighted to see his old team-mate prove his doubters wrong in recent weeks, and has hailed his ability to block out negativity and stick to his core values.

Yorke added on a man who has been tipped to deliver the club’s 21st league title come May: “He has ignored all that talk, stuck to his beliefs and, let’s remember, used all his experience from his time at United as a player and working with the Under-23s.

“He has grasped this and now look at where they are.”

Sat Jan 23 , 2021
The Brazilians’ schedule remains hectic as they go into another top-of-the-table clash for the second successive weekend Mamelodi Sundowns are clinging onto the summit of the Premier Soccer League standings but are facing some serious threat when they host second-placed Swallows FC in Saturday’s match at Lucas Moripe Stadium. It is […] 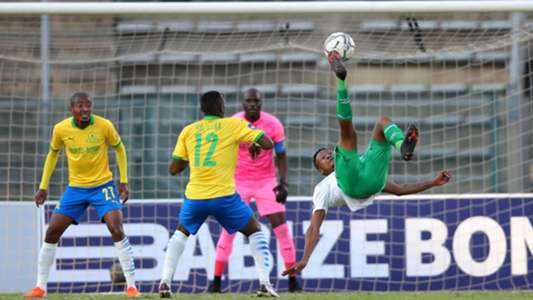