Pele has paid tribute to the efforts of “modern athlete” Cristiano Ronaldo, with the Juventus superstar having added a second Serie A title to his enviable collection of honours.

The Bianconeri have wrapped up a ninth successive domestic crown in the Italian top flight.

Ronaldo’s presence in Turin has helped to cement that dominance, with the five-time Ballon d’Or winner showing no sign of slowing down at 35 years of age.

He continues to set the standard for those around him, with a place among the all-time greats safely secured.

Pele also occupies that talent bracket, and the Brazilian legend remains a big fan of a modern-day superstar.

He is pleased to see Ronaldo’s remarkable professionalism and dedication to his craft being richly rewarded, with major honours collected on a regular basis.

An iconic figure of the past is also happy for fellow countrymen Douglas Costa, Danilo and Alex Sandro, who have picked up another medal alongside their illustrious Portuguese team-mate.

Pele said in a post on his official Instagram account: “@Cristiano is the modern athlete, who shows everyone that success always comes to those who are dedicated and love what they do.

“Also, I would like to congratulate my fellow Brazilians @douglascosta, @alxsndro12 and @daniluiz2. Great work winning the @seriea title, @juventus.”

Pele has aired his admiration for Ronaldo on a regular basis down the years, with the three-time World Cup winner going as far as to place the Juve forward at the top of the global game.

For him, Portuguese power wins out over Argentine flair, with Barcelona icon Lionel Messi forced to operate in the shadow of an eternal rival.

Pele has said: “Today the best player in the world is Cristiano Ronaldo.

“I think he’s the best, because he’s more consistent, but you can’t forget about Messi, of course, but he’s not a striker.”

After helping Juve to another Serie A title, Ronaldo is about to turn his attention towards the pursuit of a sixth Champions League crown.

Maurizio Sarri’s side still have two domestic fixtures to take in this season, but focus is already drifting towards the second leg of a Champions League last-16 encounter with Lyon on August 7 that the Bianconeri currently trail 1-0.

How Gabby Williams Is Using Her Platform to Fight for Change

Tue Jul 28 , 2020
GRAB YOUR COPY OF SLAM 228 FEATURING SUE BIRD Gabby Williams knows she’s fortunate. As a two-time NCAA champion with UConn and star on the WNBA’s Chicago Sky, she has a public platform to speak out on issues and help bring about real change. “I’ve always been a very passionate […] 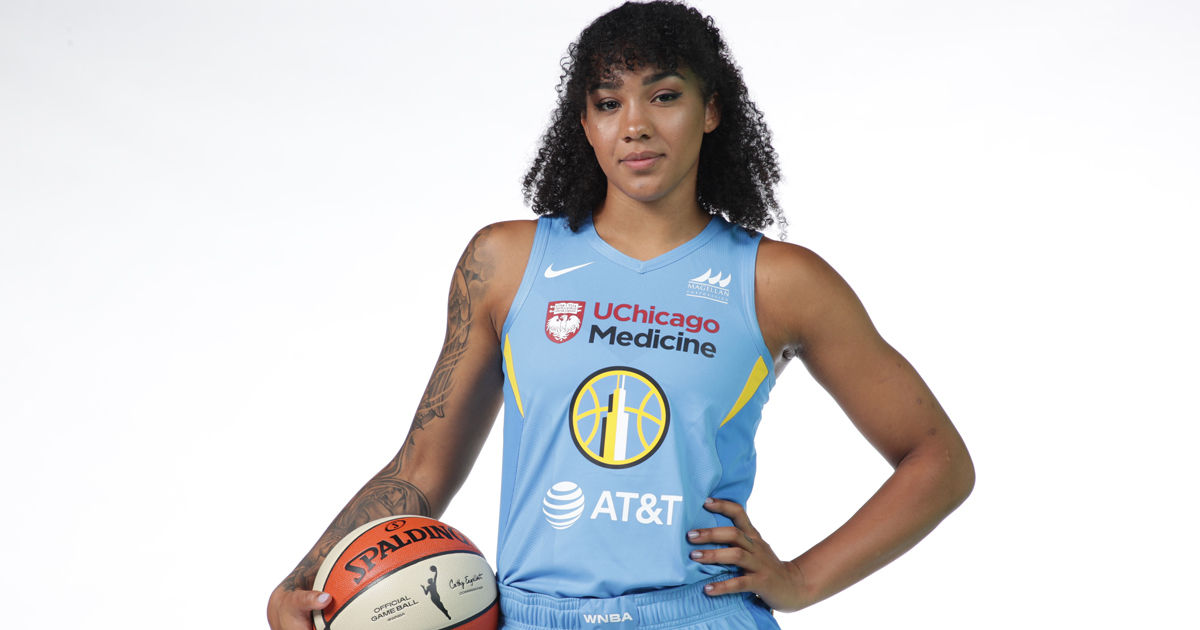