ESPN personalities Paul Pierce, Jay Williams, Jalen Rose, Kendrick Perkins, David Jacoby and Michael Wilbon look back at when big man Shaquille O’Neal dunked so hard that he brought down the entire backboard and stanchion vs. the Phoenix Suns during his rookie season with the Orlando Magic. The crew then shares their personal accounts of dealing with Shaq’s sheer strength during his career in the NBA:

Mon Jun 15 , 2020
The Nigerian forward suffered a severe concussion and was stretchered off in his side’s defeat at Opel Arena Mainz manager Achim Beierlorzer has revealed Taiwo Awoniyi has regained consciousness in hospital following a nasty head collision with Felix Uduokhai. The Nigeria youth international was forced off in the 23rd minute […] 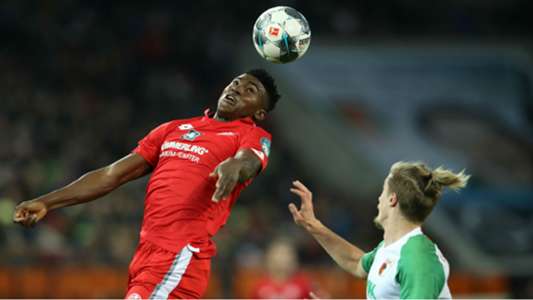