Thomas Partey has admitted he was “a bit nervous” before his first Premier League start for Arsenal, but thinks he has joined a club that has “everything”.

Arsenal’s patience paid off earlier in October when they finally signed Partey from Atletico Madrid after months of speculation. They activated his €50m release clause on deadline day.

The Ghana international has made an instant impact to Arsenal’s midfield, impressing current teammates and former players alike.

He is still building up his workload after his arrival, though, and had to wait until last weekend for his first start in the Premier League. He lasted the full 90 minutes, but Arsenal lost 1-0 to Leicester.

Ahead of their next league game against Manchester United on Sunday, Partey has reflected on what it was like to start an English top flight game for the first time.

“I could not believe it [when I found out I was starting],” he told www.arsenal.com. “I was a bit nervous but I always get these nerves when I play most of my game, so I was like, ‘OK, let me keep it cool and I’ll be fine’.

“Then when we started the game I thought we had control of the ball and so many chances, and we were unlucky.

Arsenal’s addition of Partey could prove to be a major coup if he continues the promising start to his Gunners career. Some pundits have already suggested he would not be out of place at a team like Manchester City, or Arsenal’s next opponents, Man Utd.

However, Partey believes Arsenal is the right environment for him to succeed in – thanks to a strong mentality and a talented squad.

“I think I’m in the team that I’m looking forward to playing for,” he added. “They have everything, a good manager, good players, the right mentality and the way they play is very good.

Looking forward to Sunday’s encounter, the 27-year-old admitted their opponents will be strong – but insists Arsenal are capable of winning.

“Manchester United are a great team with great players and important players,” he said.

“If we do our work well, if we go in and fight for points, if we put a lot of pressure on them, we’ll be able to win.”

Fri Oct 30 , 2020
Tributes have poured in after the former Three Lions and Manchester United midfielder died on Friday following a long illness England World Cup winner and former Manchester United player Nobby Stiles has died at the age of 78. Stiles’ family confirmed that the one-time midfielder passed away peacefully on Friday […] 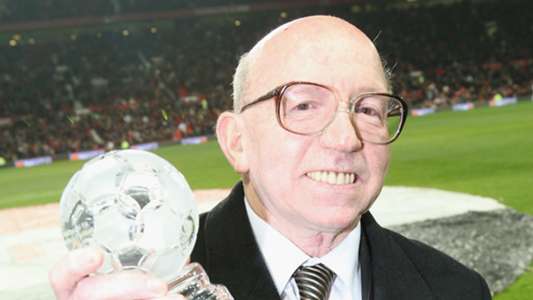