Ahead of a Round of 16 Champions League matchup with Barca, the midfielder said his team-mates are mindful of summer transfer possibilities

Paris Saint-Germain’s fixation on Lionel Messi has not only been public facing, as Leandro Paredes told reporters the squad has discussed Barcelona’s star “a lot” in the locker room behind closed doors.

Paredes made the admission speaking ahead of PSG’s Champions League tie against Barcelona on Tuesday.

The match-up between French and Spanish giants comes as a poetic twist of fate after Paredes’ team-mates had in recent weeks made suggestive comments in the media about Messi potentially joining PSG this summer, which upset Barcelona manager Ronald Koeman .

Editors’ Picks
What did Paredes say about Messi?

“Having Messi against us will force us to defend well but we will do our best to have a good game, have the ball and make sure that he does not put us in difficulty,” Paredes told reporters.

He added on Messi potentially joining PSG: “We talked about it a lot in the locker room but now I don’t want to talk about it anymore. It’s an important game and we are only focused on this game.”

What is Paredes’ connection to Messi?

While Paredes likely won’t know the exact, up-to-date thinking of Messi going into the next transfer window, they have shared the Argentina national team pitch together.

Mon Feb 15 , 2021
The English defender of Congolese descent discusses playing against the England internationals in Spurs’ defeat to the Citizens Japhet Tanganga has described Manchester City’s Raheem Sterling and Phil Foden as players with “quick brains”. The DR Congo prospect was handed his first Premier League game of the season in Tottenham […] 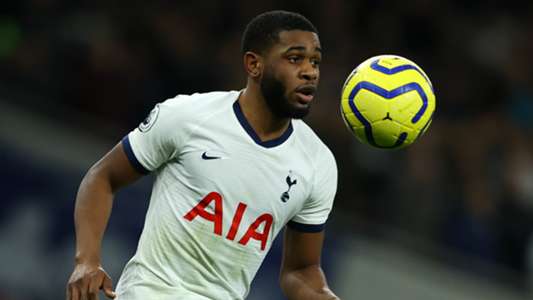