The Ghanaian handed his team a two-goal lead, nevertheless, they ended up losing against Semih Tokatli’s men on Monday evening

Having ended a three-game losing streak with a 1-0 victory of Kasimpasa their last time out, Mustafa Dalci’s men went to the Bahcesehir Okulları Stadium full of hope, albeit, they returned home with heads bowed low despite a promising start.

Ankaragucu made their intentions known as early as the third minute courtesy of Paintsil, who beat goalkeeper Marafona – receiving a low cross from Saba Lobzhanidze, the 22-year-old rolled the ball into the net.

The visitors raced to a two-goal lead in the 28th minute with Lobzhanidze assisting the Ghana international again after capitalising on some shambolic defending from the hosts.

In a goal-laden first half, Salih Ucan helped Alanyaspor reduce their deficit in the 38th minute as his individual brilliance saw him put a long-range strike past goalkeeper Korcan Celikay.

Determined to secure all points at stake, Cagdas Atan’s team came out stronger in the second-half and their persistence paid off in the 54th minute as Anastasios Bakasetas levelled matters with a beauty that was unstoppable for Celikay.

Eight minutes later, Alanyaspor took the lead for the first time in the tie thanks to Khouma Babacar while Ucan accounted for the assist. Not willing to go down without a fight, the visitors restored parity through Aliou Badji three minutes later following a goalmouth scramble.

With the encounter looking to end on a no winner, no vanquished note, Francois Moubandje had the final say in the 79th minutes after drilling home a fierce strike.

Two-hero Paintsil, who now boasts of seven goals in 17 league outings so far this season, was on parade from start to finish, while Senegal’s Assane Diousse and Congo’s Jonathan Bolingi played no part in the seven-goal thriller.

For the hosts, on loan Sassuolo forward Babacar was taken off for Adam Bareiro in the 80th minute.

Thanks to this result, Alanyaspor now occupy the fifth position in the Turkish top-flight log having accrued 34 points from 20 games, whereas Ankaragucu remain in the 19th spot with 18 points from the same number of games.

Mon Jan 25 , 2021
The former Borussia Dortmund manager will coach his former player at Stamford Bridge, and the U.S. manager says they shouldn’t miss a beat U.S. men’s national team coach Gregg Berhalter says that he expects Christian Pulisic to feel right at home under Thomas Tuchel after Chelsea made the decision to […] 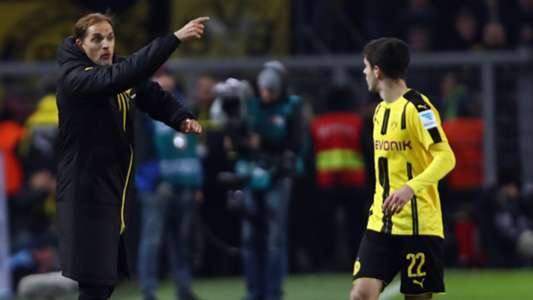