Having spent the last two years or so coaching at the junior level, former Selangor FC head coach Maniam Pachaiappan has returned to senior club coaching with a challenging task.

After leaving his post as a head coach at the national academy Mokhtar Dahari Academy, late last year Maniam was appointed as the new head coach of Malaysia Super League side; Petaling Jaya (PJ) City FC, as K. Devan’s replacement.

In what is only his second permanent senior-level head coaching job at a top-tier club, the 52-year old trainer has been given a somewhat tall order; he is to lead PJ City this season without the service of a single foreign player.

However, he has denied that the decision by the club to employ an all-local roster was made due to financial difficulties, when contacted by Goal on Tuesday.

“Money is not an issue with PJ City and the club’s decision to employ only Malaysian players had been discussed with me before my appointment. In my first meeting with Dato’ Sri Vijay Eswaran (club chairman), he told me that his vision is to give more opportunity to Malaysian players and to also develop young players.

“Our U-19 boys can develop in our youth teams before progressing to the senior team after two, three years. For example, we have a couple of boys aged 20 and below, they have the talent and the chance to make the national team if they remain with us, because it’s hard for them to get this kind of chances at a bigger club,” he explained in a telephone call.

Maniam added that instead of viewing the decision to field an all-Malaysian roster as a challenge, his charges must view it as an opportunity to be in the spotlight.

“This squad, who is composed of Malaysian players of all the major races in the country, they now have the opportunity to prove that local players can play well, and they can knock on the Malaysia national team’s door,” he noted. “Take Darren (new forward Darren Lok) for example; he did not get playing minutes at JDT and Terengganu. Now is his opportunity to shine here, and the same goes to Kogi (Kogileswaran Raj) and Beto (Khairil Anuar Zamri).

We are happy to welcome our new Phoenixes to the team for the upcoming 2021 season!🎉🎉🎉 1. Ahmad Khairil Anuar 2. Faiz…

“They need to score goals so that they can get Malaysia call-ups. They need to train harder and play well here and as the head coach, I need to inspire them and provide good training to them.”

With such a tall hill to climb, Maniam said that the trick is to not place his team under pressure with specific season targets.

“I don’t want to put the players under pressure, so we will have to take on the challenges game by game. I believe that with this approach, we will do well.”

But despite the foreign signing restriction placed by the club, Maniam insisted that the club board has been very accommodating otherwise.

“The board has been very helpful; Dato’ Sri Vijay, Datuk Seri Subahan Kamal (club president) and Ganesh [Shanmugam] (general secretary), they know I have a good record in football development and they believe in me. It’s a huge opportunity for me to coach PJ City, and I am grateful for the board’s belief in me and local players.

“They’ve provided any equipment that we’ve asked for, and they’ve taken the time to talk to and check-up on the players, trying to keep the players’ spirits up,” said the former Selangor player.

Apart from the absence of foreign players from his roster, Maniam also needs to overcome another kind of challenge in his return to club coaching.

After only several weeks of pre-season training, Malaysian league clubs were forced to suspend it due to another Covid-19 lockdown order by the country’s government. PJ City players, as well as those of other clubs, can only train individually at home for the time being.

“Nothing like this has ever happened before. The last year or so has been different due to the pandemic. Thankfully, the coaching staff are better with technology and can set-up these Zoom trainings.

“But the players must maintain their fitness and weight levels, and train with the ball. I know that the situation is not ideal and they can sometimes get stressed out by not being able to leave the house, but as professionals they need to be able to take care of themselves, change the mood and prepare for their training well. They need to be strong, they cannot give up so that they can return fit to pre-season training,” explained Maniam.

Tue Jan 26 , 2021
Ingwe are fourth on the league table after seven league matches, having won five games and drawn two AFC Leopards will be in the market for a defender as they aim at strengthening their defence to offer a consistent challenge in the Football Kenya Federation Premier League this season. The […] 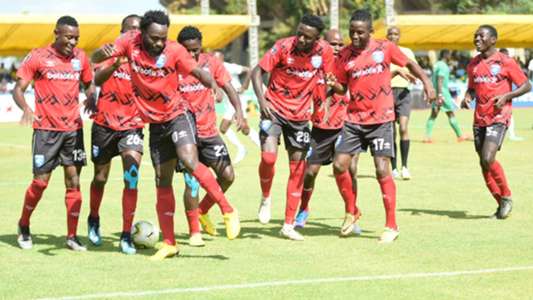