Mesut Ozil has named Nigeria legend Jay-Jay Okocha as the player he liked the most at Fenerbahce, before he joined the Turkish Super Lig club on a three-and-a-half-year deal this month.

Okocha joined the Yellow Canaries from German club Eintracht Frankfurt in 1996 and he made a name for himself in Istanbul with his playmaking skills and his goalscoring techniques.

During his two-year stint at Fenerbahce, Okocha scored 30 goals in 62 Super Lig appearances and he also helped them win the Prime Minister’s Cup and Ataturk Cup.

Although he was born and raised in Germany, Ozil revealed he was a huge admirer of the Super Eagles legend during his playing stint in Turkey and he currently likes Dimitrios Pelkas in Erol Bulut’s team.

The 32-year-old made the statements during his signing ceremony in Istanbul on Wednesday.

“First of all, I greet everyone. I don’t know what to say. I’m very excited,” Ozil said. “Fenerbahce was a dream for me.

“I hope I will be useful to my team. I am very happy to be here. Thank you very much, everyone.

“Among the players who played in Fenerbahce in the past, I liked Jay-Jay Okocha the most. Now I like Dimitrios Pelkas, with whom we played in the same position. He is a very talented player.

“I believe that we will be champions. Fenerbahce always plays for the title.

“Fenerbahce is also a big club and I know there will be pressure here. This is a club I love very much. I will do my best. I hope everything will be fine.

“I can’t give a date about when to play but I want to play as soon as possible.”

Ozil, in line for his Super Lig debut, will be aiming to help the Yellow Canaries extend their eight-match winning streak when they host Rizespor on Saturday.

Wed Jan 27 , 2021
Tuchel has made four changes from the team that lost 2-0 to Leicester City last week, with James, Mount, Pulisic and Abraham benched for Cesar Azpilicueta, Jorginho, Ziyech and Giroud. Ziyech is the only player in the new boss’ first XI that started the 3-1 win over Luton Town in […] 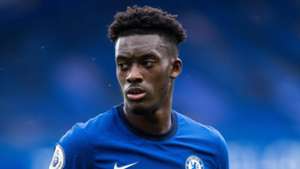