La Real’s star player is set for weeks on the sidelines, news that will no doubt be music to the ears of the Red Devils

Real Sociedad star Mikel Oyarzabal has been diagnosed with a hamstring problem and will miss the Spanish side’s upcoming Europa League clash with Manchester United as a result.

The news comes as a huge blow to the San Sebastian outfit, with the 23-year-old’s scintillating form this season playing a huge role in helping propel the club to sixth in the Liga standings.

It is currently unknown as to how long the Eibar native will have to spend on the sidelines.

In a statement released on Thursday, La Real said: “Mikel Oyarzabal has presented with tendinopathy in the proximal hamstring tendons of the right thigh.

“He has begun physical therapy treatment. A return to action will depend on the evolution of his symptoms.”

How has Oyarzabal been performing this season?

Oyarzabal has been in incredible form in the 2020-21 campaign, scoring 12 goals and registering five assists in all competitions so far.

The winger himself scored from the spot to see Sociedad finish level at 1-1 against Barcelona in the Spanish Supercup, although the Blaugrana would eventually lift the title after a penalty shoot-out.

Is there a rough idea when he’ll be back?

Tendinitis can take anywhere up to six weeks to fully heal – and rushing back into action too early can mean weakened tissues won’t fully recover and become more prone to recurrence of injury.

In addition, the more times the same area is affected, the higher chance there is for long-term damage.

As such, the tail-end of March is likely to be when Oyarzabal will return to action, meaning he would miss important matches against Man Utd, Real Madrid and Barcelona, though he may be in line to feature against Athletic Club in the Copa del Rey at the beginning of April.

World Cup 2022: Will fans be allowed at Qatar finals & when would tickets go on sale?

Thu Feb 11 , 2021
Though it doesn’t take place until the end of 2022, questions have been asked about the viability of the next tournament for fans When it first emerged at the end of 2019 into the start of 2020, few could have imagined that the Covid-19 crisis would stretch into 2021, yet […] 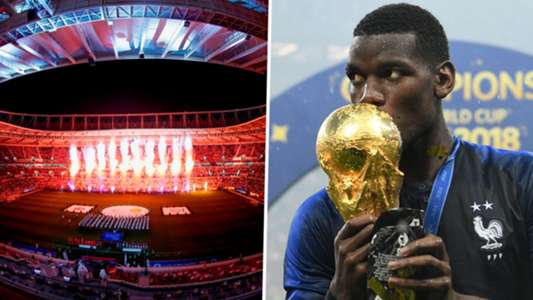