Jamshedpur, who have never qualified for the Indian Super League (ISL) playoffs,  need to convert their draws into wins this season, according to head coach Owen Coyle.

The Men of Steel, currently in the eighth spot with 15 points, face Odisha on Monday after having registered consecutive goalless draws against Hyderabad and Kerala Blasters.

“Coming on the back of those two clean sheets, you want to make sure you’re scoring goals to go with those clean sheets. If you do that, it provides you with those three points,” Coyle spoke ahead of the game.

“We had a very disappointing week prior to that, where we lost some games (against Kerala, Goa and NorthEast United) which we felt we shouldn’t have but we did. So what we have to do is make sure we are very tight at the back but equally be a goalscoring threat going forward. If you do that, you can convert those draws into wins, and in this stage of the season, that’s what everybody needs (wins). Fairplay to NorthEast (now third) who have shown that when you get those wins, it carries you up the table and that’s what we’ll look to do,” he added.

Although Odisha are at the bottom of the table, the former Motherwell forward feels that they are not a side to be taken lightly considering that they held both Hyderabad and Bengaluru to a 1-1 draw each in their last two outings.

“I think Odisha has some very good players. When you look at their forwards, they are scoring goals and obviously, players like [Steven] Taylor and [Jacob] Tratt have the experience of playing at a very high level. They have very talented Indian players in their squad as well. There’s no doubt that they are a balanced side. We have to make sure that we are very respectful but be very offensive and looking to score those goals.

“I think there’s no doubt that the league is improving each year. If you look at last year, for example, there was a little gap between the teams. This year, everyone has shown they can win games and hence there have been a lot of draws. But I think when you come to the business end of the season, it’s important that the mentality going into games is to get wins. That’s what we are going to do against Odisha,” he stated.

“It’s a challenge because ideally, you’ll like to be one of those teams who are already in those positions because they have a fall back in respect of missing a few points. What we can focus on is what we do. Jamshedpur as a club have never been in the play-offs. So of course, we want to stride together and try to win those games,” the gaffer said.

Sun Jan 31 , 2021
Meanwhile Burnley have won their last two league games, against Liverpool and Aston Villa, to move up to 15th in the table, eight points above the relegation zone. They are also in the fifth-round of the FA Cup now after beating fellow Premier League side Fulham 3-0. Chelsea began life […] 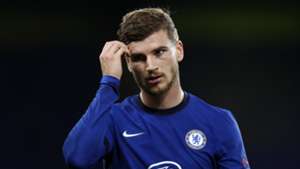