The Algeria international opened his goal account for the Pythagoreans, albeit, they lost at home to the visiting Black and Greens

Having parted ways with Cagliari in January 2021 due to a lack of playing time, the Algeria international joined the Pythagoreans from Napoli for the rest of the season with an option to buy.

In just his second game, however, he found the net but his team bowed at home to Roberto De Zerbi’s side

Having lost their last three league games (against Fiorentina, Genoa and AC Milan), Giovanni Sroppa’s men were hoping to end their awful spell against the Black and Greens, who bowed 2-1 to Spezia last time out.

However, it was the visitors who drew the first blood through Domenico Berardi in the 14th minute. Receiving a short pass from Francesco Caputo at the edge of Crotone box, the Italian forward fired the ball past goalkeeper Alex Cordaz.

Twelve minutes later, the hosts levelled matters through the 24-year-old Algerian winger, who found his way in the visitors’ backline, dribbled past his marker before slotting the ball past goalkeeper Andrea Consigli.

Three minutes before the half-time break, Samuel Di Carmine put Crotone ahead, albeit, his effort was cancelled out by referee Ivano Pezzuto after VAR reviews.

Four minutes into the second half, Caputo doubled Sassuolo’s advantage with a fine penalty kick following Vladimir Golemic’s inept challenge on Manuel Locatelli. The Italian sent an unstoppable penalty past Cordaz into the roof of the net.

A lethargic second-half display from Sroppa’s team did not help their cause in terms of getting the equaliser.

Mert Muldur scored the third goal for the Mapei Stadium giants with less than six minutes left to the end of the game, but it was chalked off for having committed a foul in the process.

While Cote d’Ivoire’s Koffi Djidji was in action from start to finish, Ounas was substituted in the 89th minute for Andrea Rispoli. Nigeria international Simeon Nwankwo was introduced in the 73rd minute for Di Carmine, whereas Libya’s Ahmad Benali did not make matchday squad.

On the other side, Equatorial Guinea’s Pedro Obiang was brought in for Francesco Magnanelli after 72 minutes with Cote d’Ivoire’s Hamed Traore coming in 10 minutes earlier for Maxime Lopez.

Sun Feb 14 , 2021
The 27-year-old feels the Red Devils should have been awarded a spot-kick against the Nigeria international Harry Maguire has expressed his displeasure with the decision of the referee not to award Manchester United a penalty after Semi Ajayi timeless challenge in their 1-1 draw against West Bromwich Albion on Sunday. […] 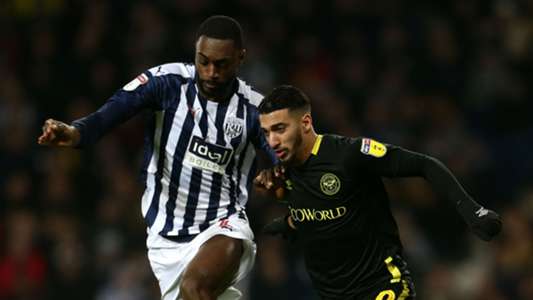