Napoli manager Gennaro Gattuso has revealed Victor Osimhen is far from his best after featuring against Atalanta in a Coppa Italia game on Wednesday night.

The Nigeria international was handed a starting role in the encounter but struggled to make much impact despite playing for 79 minutes as his side suffered a 3-1 loss in the game.

Osimhen only recently returned to the Parthenopeans team after suffering a shoulder injury while on international duty with Nigeria in November.

The forward then contracted coronavirus after visiting the West African country to celebrate his 22nd birthday and the yuletide season.

Subsequently, Osimhen did not play for the Stadio San Paolo outfit for more than 90 days and after watching the forward against Atalanta, Gattuso revealed the forward is still not at his best.

“It’s not easy to be at the top of the game after being out for 94 days,” Gattuso told the club website.

“He’s still lacking that sharpness, which is his main asset, but he’s gradually making progress. He’s capable of much more.”

Napoli paid a club-record fee of €80 million to French club Lille in order to secure the signature of the Nigeria international last summer.

The 22-year-old has only made 13 appearances across all competitions this season, scoring two goals and providing one assist.

Osimhen will hope to deliver convincing showings when Napoli take on Juventus in their next league game on Saturday.

Napoli are winless in their last three games which ensured they dropped to the sixth spot on the league table after gathering 37 points from 20 games.

Nigeria national team coach Gernot Rohr will hope Osimhen returns to his impressive form before their 2022 Africa Cup of Nations qualifiers in March.

The centre-forward has bagged four goals in the qualifiers to help the Super Eagles lead Group L table with eight points.

Osimhen has 10 caps for the Nigeria national team since he made his debut against Togo in 2017 in a friendly.

Thu Feb 11 , 2021
The striker lasted just over an hour in a cup clash with Caen before coming off and will once again miss a key European tie Paris Saint-Germain have confirmed that Neymar will be sidelined for approximately four weeks, meaning he will miss the first leg of his club’s Champions League […] 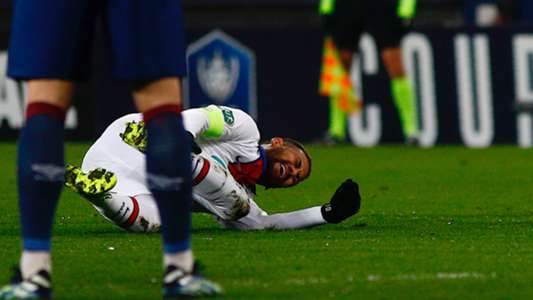