Napoli have revealed Victor Osimhen will gradually return to training after he was cleared to leave the hospital and will get a few days to rest.

The 22-year-old suffered head trauma after landing awkwardly on the turf following a collision with Cristian Romero in his side’s defeat to Atalanta in Sunday’s Serie A game.

The centre-forward was subsequently rushed to hospital and spent the night there, where he was subjected to numerous tests.

The forward has now been cleared of any head damage and will soon return to action with the rest of Gennaro Gattuso’s side.

“Victor Osimhen in the morning underwent clinical examinations and diagnostic tests at the Pineta Grande Clinic with Dr. Alfredo Bucciero and Dr. Elpidio Pezzella who gave negative results,” read a statement from the club website.

“The player will take a few days of rest and will gradually resume training. The player’s condition will be assessed daily.”

Osimhen only recently overcame shoulder dislocation problems he suffered from international duty with Nigeria in November.

The attacker also contracted coronavirus and was isolated for 14 days before he recovered from the virus.

Osimhen’s debut season with Napoli has also been marred by suspension after he was shown a red card in a Europa League game against Real Sociedad.

The forward has only made 16 appearances across all competitions since his €80 million move from Lille last summer.

Osimhen will miss Napoli’s second leg round of 32 fixture of their Europa League game against Granada on Thursday.

The Parthenopeans have lost their last two games and will hope to return to winning ways against the Nasrids‎ and progress to the next round of the competition.

Napoli’s recent unimpressive form has seen them dropped off the top five to be placed seventh after gathering 40 points from 22 games.

Osimhen remains a key member of the Nigeria national team and will be expected to be back for the Super Eagles when they take on the Republic of Benin and Lesotho in March in the 2022 Africa Cup of Nations qualifiers.

Why did Barcelona sell Luis Suarez to Atletico Madrid?

Tue Feb 23 , 2021
The Uruguayan forward has been impressive following his shock departure from Camp Nou – but why did he leave in the summer? Luis Suarez moved to Atletico Madrid from Barcelona in the summer of 2020 in a whirlwind €6 million (£5.5m/$7m) transfer, surprising most of the football world. The deal came […] 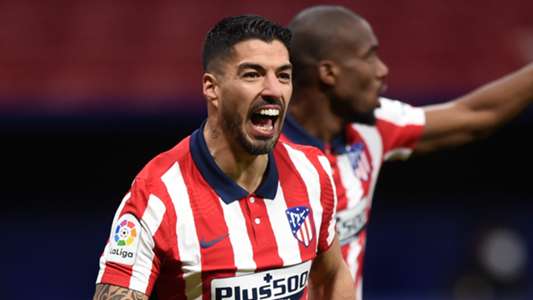