On Wednesday, Uefa announced the Champions League for the 2019-20 season will be completed as a mini-competition from the quarter-final onward since its suspension due to Covid-19 outbreak.

Uefa also disclosed that two Spanish cities – Bilbao’s San Mames Stadium in Bilbao and San Sebastian’s Anoeta Stadium – will be used as the host venues for the final stages from August 21-30.

“Teams will be allowed to register three new players on their List A for the remainder of the 2019/20 season, provided such players were already registered and eligible for the club since the last registration deadline (18 March 2020),” Uefa also revealed.

“List A will still only be able to contain a maximum of 25 players. It will not be possible for clubs to register newly-transferred players.

“Five substitutions will be allowed in all the remaining matches in season 2019/20, in accordance with the temporary change to the Laws of the Game, whereas the number of substitutions for season 2020/21 will remain at three.”

Despite the defeat, Oshoala made history as she became the first African to score in a Uefa Women’s Champions League final after she came on late to net a consolation goal for the Catalans.

The Nigeria international, who won her fourth African Women’s Player of the Year crown in January, continued her excellent form for Barcelona as she celebrated her first league title this season.

So far, the 25-year-old has scored 26 goals in 25 matches in all competitions this season to help Luis Cortes’ side secure their first league title in five years, without recording a defeat in 21 matches.

Having won two titles this season, the Super Falcons captain will shift focus on inspiring Barcelona to a continental success as they face Spanish rivals Atletico Madrid in the quarter-final in August.

Beside Atletico facing off against Barcelona, Lyon are due to battle Bayern Munich, and Glasgow City are scheduled to tackle Wolfsburg, while Arsenal will go up against Paris Saint-Germain.

The quarter-final matches will be completed on August 21 and 22, the semi-finals on August 25 and 26 before the final on August 30.

The draw to determine the order of matches and the final match schedule will take place at Uefa’s headquarters in Nyon on 26 June.

Real Madrid: Carvajal trains as normal ahead of Valencia clash

Wed Jun 17 , 2020
Real Madrid He was forced off against Eibar Reamadrid.com After an injury scare against Eibar, Dani Carvajal will be fit to start against Valencia on Thursday night. The right-back returned to full training on Wednesday after training on his own on Monday and Tuesday. He was taken off at half-time of […] 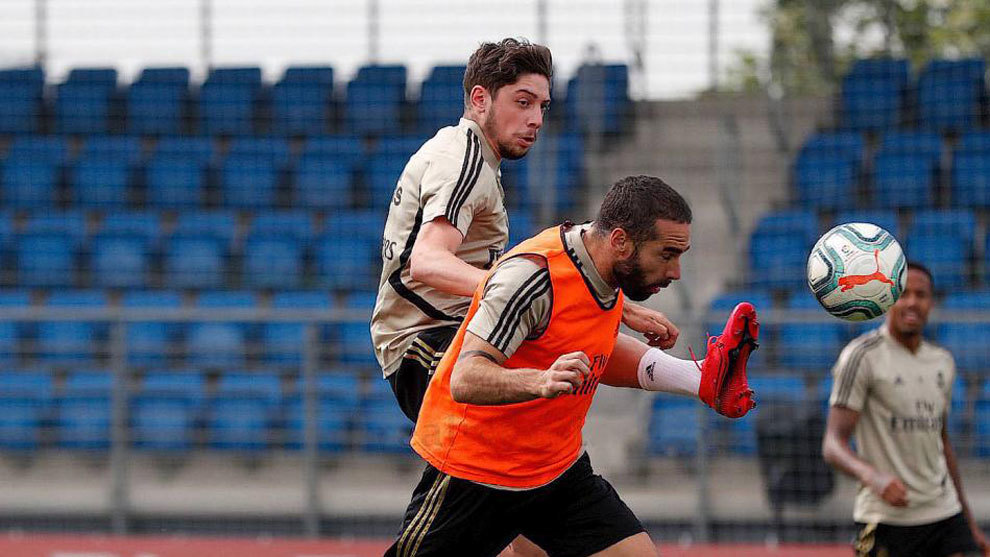