The Nigeria international has been in breathtaking form for Lluis Cortez’s team this season and continued her run against Real.

Oshoala was given her eighth league start of the term, spearheading the attack, and utilized the chances to increase her season tally.

Following a 4-1 bashing in a first-ever El Clasico last October, the hosts aimed for a league double over Real Madrid as Jenni Hermoso assisted Alexia Putellas to gain the lead in the 14th minute.

After her assist, Spanish forward Hermoso made a brilliant finish to singlehandedly double the lead of Barcelona nine minutes later.

The hosts continued their search for more goals as Caroline Graham Hansen teed up the Nigerian inside the six-yard box for an easy tap-in for a third of the day eight minutes from the break.

After the break, Barcelona continued from where they left off in their first half as Oshoala grabbed her brace and a fourth of the match.

Real Madrid suffered a major set-back in the encounter when they were reduced to 10-player after goalkeeper María Rodriguez caught the ball outside the 18-yard box in the 72nd minute.

The visitors were gifted a penalty after Mapi Leon was sent off for a poor challenge inside the area and Olga Carmona converted from the spot nine minutes from full-time for their consolation goal.

Oshoala lasted the duration of the encounter and has now scored 13 goals and provided two assists in 13 league matches for Cortes’ side this season.

The result moves Barcelona five-point clear at the top of the table, with 39 points from 13 matches and they will eye their 14th consecutive win of the campaign at Levante on February 3.

Sun Jan 31 , 2021
Brighton are unchanged from their side that drew 0-0 against Fulham. Maupay continues to lead the line with Trossard. Potter starts with March and Veltman in the wing-back positions. Webster, White and Dunk have been solid of late and will look to defy Spurs this evening aiming to keep a […] 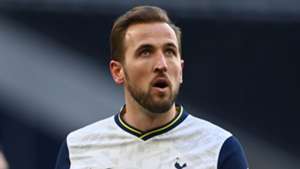