Atletico Madrid moved into fourth place in LaLiga as Joao Felix grabbed a double in a thrashing of Osasuna.

Joao Felix struck twice as Atletico Madrid ended a three-match winless streak in LaLiga in style with a 5-0 hammering of Osasuna on Wednesday.

Diego Simeone’s side had slipped to sixth prior to their trip to El Sadar Stadium, but Joao Felix’s double set the stage for them to move into the top four.

Having broken the deadlock in the 27th minute, Joao Felix was on hand to tuck in his and Atleti’s second shortly after the hour, with Adrian Lopez spurning a glorious chance to get Osasuna back into the game.

But any lingering doubt over the result was eradicated when Marcos Llorente drilled home with 11 minutes remaining.

Llorente then teed up Alvaro Morata to add a coolly taken fourth, before Yannick Carrasco completed the rout.

Wed Jun 17 , 2020
The Brazilian defender had another performance to forget for the Gunners on Wednesday Jamie Carragher believes David Luiz has no future at Arsenal after he was sent off in a 3-0 loss to Manchester City . Luiz has struggled to impress since moving to the Emirates from Chelsea, giving away four […] 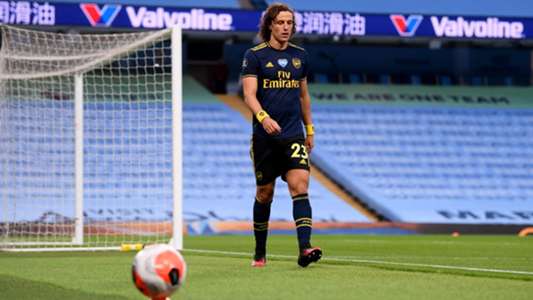