It is the first time for the Buccaneers to face their opponents from Mpumalanga, who bought the PSL status of Highlands Park

After stopping their slide by edging Maritzburg United 1-0 last weekend, Pirates would be keen to build on that result.

Now placed fifth on the standings, six points behind Sundowns, this is an opportunity for the Buccaneers to close in on the leaders who will face Black Leopards away 24 hours later.

The Soweto giants face a TS Galaxy side that has been flirting with relegation and are just two points above basement side Tshakhuma Tsha Madzivhandila.

Josef Zinnabauer’s Pirates will still be without Frank Mhango, who has a muscle strain and also missed the trip to Maritzburg last weekend.

This leaves their strikeforce depleted as Zakhele Lepasa and Tshegofatso Mabasa are also still out injured.

Defender Abel Mabaso remains on the sidelines since the start of the season nursing his ulna, while left-back Paseka Mako is also out and will begin training in two weeks’ time after also sitting out their last game injured.

No injury updates from TS Galaxy as they go into this match which would be coach Owen Da Gama’s third in charge of the Rockets.

Given the calibre of their opponents, Da Gama would need all his key players to be available for battle.

There is a lot at stake for both teams as the PSL campaign nears the halfway mark.

For Pirates, victory is key so that they stay as close as possible to log leaders Sundowns and boost their chances of their first league title since 2012.

Their opponents TS Galaxy also have a lot to play for in their bid to steer clear of the relegation zone, making Tuesday’s encounter a potentially competitive one.

Going into this match, the mood in the Soweto giants’ camp is expected to be high following a successful trip to Harry Gwala Stadium last weekend.

That trip ended a two-match winless streak which was threatening to derail their title ambitions.

They face opponents who have won just once in their last 10 games and that victory over Maritzburg timely came ahead of the Pirates clash in their last outing, to end a nine-match run without tasting victory.

Prior to that, TS Galaxy had last recorded a win in October 2020.

Tue Jan 26 , 2021
This is an interesting encounter as Amakhosi face a team that ultimately prevented them from winning the league title last season Kaizer Chiefs’ four-match Premier Soccer League unbeaten run comes under scrutiny when they welcome Baroka FC at FNB Stadium on Tuesday. Placed seventh on the standings, the Soweto giants […] 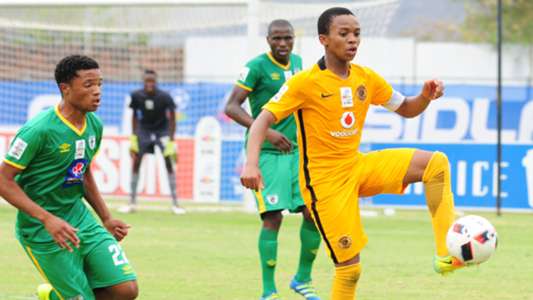