It is a Soweto derby confrontation with a lot at stake as the hosts and fifth-placed Pirates bid for a first PSL title since 2012.

Improved Chiefs who are eighth on the log standings would be keen to build-up on their unbeaten five straight league games following a difficult start to the season.

Amakhosi’s resurgence is what makes Saturday’s encounter a potential stormy one in this contest to restore derby pride after they heavily lost to the Buccaneers in the MTN8 semi-finals earlier this season.

Four points separate the Soweto giants and a Chiefs win will see them come just a point behind their old foes and move nine points closer to the Brazilians who host Chippa United the following day.

Victory for Pirates will help them go seven points ahead of their Soweto rivals and five closer to Downs.

The Buccaneers will go into Saturday’s showdown depleted due to injuries and suspension.

Earlier this week, Pirates announced that attacking midfielder Terrence Dzvukamanja will have to pass a late fitness test ahead of the battle.

The Zimbabwean has not played in their two last games with pain on his neck.

Innocent Maela who has largely been playing as a centre-back than his usual left-back role is also out suspended after accumulating four yellow cards.

Defenders Paseka Mako and Abel Mabaso will also not feature due to injuries.

Chiefs welcome back midfielder Bernard Parker who was absent in their last two games whole serving suspension for a red card he was shown against Tshakhuma Tsha Madzivhandila.

It is not yet clear if defender Ramahlwe Mphahlele will be available after missing the last two games with an injury.

Also the comeback of captain and goalkeeper Itumeleng Khune as well as midfielder Willard Katsande is not known.

The German has lost one and won two of the clashes against Amakhosi while Hunt has been at the losing end of the two Soweto derby showdowns he has been involved in.

The two sides last met in November when Pirates beat Chiefs 2-0 at FNB Stadium in the second leg of the MTN8 semi-finals after Bucs had also emerged triumphant 3-0 in the home leg the previous month to seal an impressive 5-0 aggregate victory.

But Looking at the two sides’ recent form, Chiefs are the better side, having won three matches and drawn two in their last five games.

The Buccaneers on the other hand host their traditional rivals boasting a record of two victories, as many draws and a defeat.

Both giants posted draws during midweek as Amakhosi were held 1-1 at home by Baroka, while Pirates were restricted 1-1 by struggling TS Galaxy at Orlando Stadium.

Last season, Chiefs completed a league double over Pirates but the latter club won the bragging rights in the MTN8 this term.

Saturday’s collision is the 172nd edition of the Soweto derby across all competitions since the first time they met in 1970.

But on the league front, they will be facing each other for the 99th time with Chiefs winning on 40 occasions, better than Pirates’ 22 victories.

Thirty-six matches have ended in a share of the spoils.

During the PSL era, the Soweto giants have confronted each other 48 times in the league and Amakhosi still boast a better record, winning 13 matches while Pirates have claimed victory on 11 occasions, while 24 matches have ended in draws.

Sat Jan 30 , 2021
The 52-year-old is confident of his side making it into the ISL play-offs this season… Hyderabad are currently fourth on the table with 19 points from 14 games ahead of their 2020-21 Indian Super League (ISL) tie against Chennaiyin on Sunday. Should NorthEast United (18 points from 13 games) pick […] 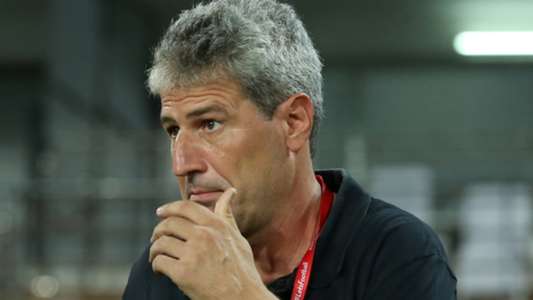