After a comfortable first-leg win, the Buccaneers will be looking to finish the job at home

Orlando Pirates’ bid to reach the Caf Confederation Cup group phase faces what on paper looks like an easy task against Jwaneng Galaxy at Orlando Stadium on Sunday.

The Soweto giants go into this second leg play-off match carrying a 3-0 lead from the away leg last week.

Any scoring draw would be enough for the Buccaneers to secure a spot in the group stage, and even a narrow defeat will suffice.

Galaxy would need a heavy win over the Buccaneers to entertain any chances of reaching the group phase for the first time ever.

Despite what looks like a comfortable lead, Pirates coach Josef Zinnbauer has emphasised that the contest is far from being over.

Pirates face some injury challenges upfront which has caused some serious concern for Zinnbauer.

Already out are strikers Zakhele Lepasa and Tshegofatso Mabasa, leaving Zinnbauer with Jean-Marc Makusu as the only outright frontman available.

The German has been sweating over the fitness of Frank Mhango and Thembinkosi Lorch who can both be used as makeshift number nines.

In case they do not recover in time, Zinnbauer would be forced to use Deon Hotto, Terrence Dzvukamanja or Azola Tshobeni as strikers.

Also defender Ntsikelelo Nyauza will have to pass a late fitness test for this match.

With Galaxy inactive due to the suspension of football in Botswana, there have been no reported injury concerns from the first leg.

There have also been no updates on unavailable players due to the coronavirus or any other illness.

To some, this tie looks done and dusted for Pirates and a 3-0 win from the first leg appears to put the Buccaneers with one foot in the group stage.

After recording a first-leg victory, Pirates go into this match wanting to banish their reputation of being inconsistent on the domestic front this season.

They retain the match-fitness advantage over their opponents who were last involved in competitive action in early January, prior to last week’s encounter.

After the first leg, Jwaneng Galaxy coach Losikalame Keatlholetswe, as well as defender Fortune Thulare, conceded that being inactive affected them against a Pirates side deeply involved in the thick of their domestic business.

Since losing 3-1 to Mamelodi Sundowns on January 5 to drop to the Caf Confederation Cup, Galaxy’s first match was against Pirates last week and they have not played any competitive match since the Botswana Premier League is not currently running.

Their endurance will again be put to the test by a Pirates on Sunday as they face a mammoth task of overturning a 3-0 first-leg deficit.

It is the second-ever meeting between the Soweto giants and Jwaneng Galaxy.

Sun Feb 21 , 2021
The Msimbazi assistant captain says they are psyched up more than enough to beat the Egyptian giants on Tuesday Simba SC defender Mohamed Hussein has claimed the team’s morale is very high and believes they have what it takes to get a positive result against Al Ahly in a Caf […] 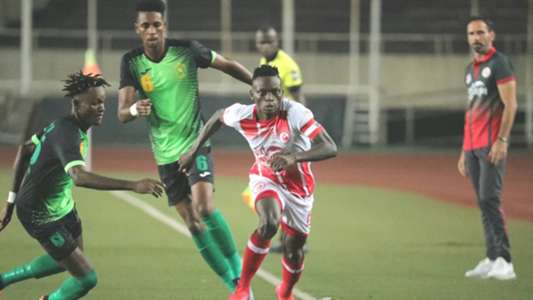