Orlando Pirates will be looking to start a steady run in their Premier Soccer League campaign when they host Cape Town City at Orlando Stadium on Tuesday.

After being beaten 2-0 by Golden Arrows in their last league outing, the Soweto giants would want to avoid dropping points again to remain within a shouting distance of log leaders Mamelodi Sundowns.

Also after labouring to a 1-0 slender win over Uthongathi in Saturday’s Nedbank Cup Last 32 tie, Pirates have not been convincing in their last two games.

They are currently placed fifth on the PSL table with eight points behind Downs who have played a game less.

But Pirates’ task to recover appears a tough one as they come up against a sixth-placed City side who are just two points behind them.

No Pirates player is suspended for this match. Forwards Zakhele Lepasa and Tshegofatso Mabasa are edging closer to full fitness but are not likely to be available for selection on Tuesday to afford coach Josef Zinnbauer more selection options upfront.

Defender Abel Mabaso is still out with a long-term injury. But striker Frank Mhango and midfielder Thabang Monare are sitting on three yellow cards each and, if fielded, being cautioned in this match would rule them out of the trip to SuperSport United on February 24.

City coach Jan Olde Riekerink is not worried about missing players due to suspension.

Midfielder Craig Martin and forward Tashreeq Morris have accumulated three yellow cards each along the course of the season and could be skating on thin ice against Pirates.

Pirates and City have already met twice this season and the Buccaneers have been the better side.

The Soweto giants beat Cape Town City 1-0 at Orlando Stadium in the MTN8 quarter-finals in what was both sides’ first match of the season.

Then Pirates league visit to City in early December produced no victor following a 2-2 draw.

But on Tuesday, the Citizens might want to come out the better outfit after the two outings. What Riekerink could be hoping for is that Pirates continue with their inconsistent run.

In their last five league matches, the Buccaneers have won two matches, shared the spoils as many times and then lost to Arrows three days after the Soweto derby triumph over Kaizer Chiefs.

Then the unconvincing Nedbank Cup win over Uthongathi underlined that they are blowing hot and cold.

They come up against a City side fresh from thrashing Bloemfontein Celtic 4-0 to book a Nedbank Cup Last 16 spot. Cape Town City have also not lost in their last three league games.

Mon Feb 8 , 2021
Jamie Vardy will feature in Leicester’s FA Cup clash with Brighton on Wednesday. The forward underwent a groin procedure in January, with manager Brendan Rodgers saying the operation could not be put off any longer. Vardy returned to action at the weekend, coming off the bench for the final 30 […] 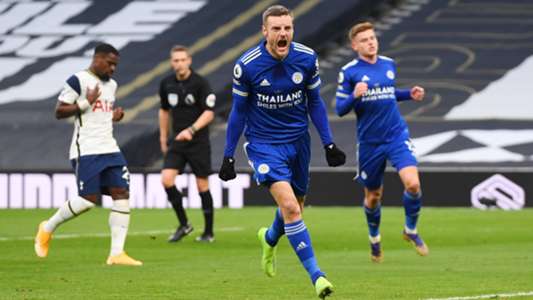