Orlando Pirates were made to sweat for their 1-0 victory over Uthongathi FC in the Nedbank Cup Last 32 match which was played at Orlando Stadium on Saturday afternoon.

The only goal of the encounter was netted by Frank Mhango in the second-half and the Buccaneers reached the Last 16 of the South African FA Cup for the first time since 2017.

The Buccaneers were desperate for a victory after succumbing to a 2-0 defeat to Lamontville Golden Arrows in a PSL game which was played on Tuesday evening.

Meanwhile, the Cane Cutters were also wounded having suffered a 1-0 defeat to JDR Stars in the National First Division match which took place last weekend.

Former Pirates defender Brian Hlongwa started for coach Pitso Dladla’s side and Francis Baloyi, who was once on the books of Tshakhuma Tsha Madzivhandila, led the attack.

Pirates dominated the early proceedings with the hosts looking to get in behind Uthongathi’s defence, but the visitors did well to snuff out the attacks from the Soweto giants.

Bucs were awarded a free-kick in a promising area after Mhango was fouled by Xolani Slawula and Deon Hotto forced goalkeeper Xolani Ngcobo into his first save of the match from the set-piece.

The Soweto giants upped the tempo towards the half-hour mark with Motshwari placing his effort just over the crossbar, before Siphesihle Ndlovu’s low shot was easily saved by Ngcobo.

Zinnbauer’s charges were let down by some poor finishing as Ndlovu ballooned his effort over the crossbar from inside the box and the diminutive playmaker was also denied by Ngcobo at the near-post.

The score was 0-0 at the interval following a first-half which was dominated by Pirates, but they could not take their chances.

The Buccaneers continued to control the match, but it was the Cane Cutters who threatened first when Nkosiyazi Maphumulo set-up Khetukuthula Ndlovu, who placed his effort inches wide of the target.

This served as a wake-up call for the hosts and they managed to break the deadlock some good work by Hotto down the left flank three minutes after the hour-mark.

The Namibia international delivered a low cross for Mhango and the latter fired past Ngcobo from close range to hand Pirates a 1-0 lead as the PSL Golden Boot holder ended his four-match goal drought.

However, it was the Cane Cutters who looked dangerous on the counter-attack with Mpontshane making two fine saves to deny Hlongwa and second-half substitute Tshepo Chaine.

The last chance of the game fell for Thabang Monare, whose thunderous shot hit the crossbar with Ngcobo rooted to the ground and the visitors cleared their lines in the latter stages of the game.

Ultimately, the match ended in a 1-0 win in favour of Pirates and the Soweto giants advanced to the Last 16, while Uthongathi bowed out of the tournament.

Pirates will now take on Cape Town City in a PSL game on February 9, while Uthongathi are set to host Royal AM in the NFD match on February 13.

Sat Feb 6 , 2021
The Gunners have, in what has been an inconsistent 2020-21 campaign, suffered 10 Premier League losses through 23 fixtures Arsenal have hit a 37-year low on the back of their 1-0 defeat at Aston Villa, with Mikel Arteta’s side reaching double figures for the season when it comes to Premier […] 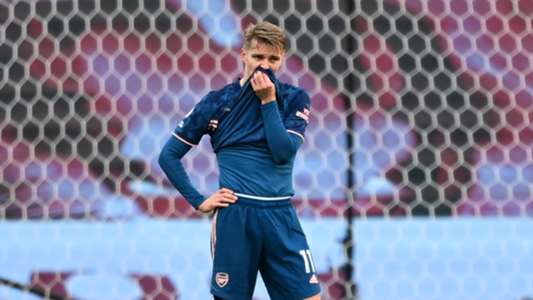