The Buccaneers carry what looks like a comfortable lead from the away leg against Galaxy following a 3-0 victory in Gaborone.

It was a convincing result that saw Pirates put one foot into the group stages of the competition but Sebola still wants his former club to be on fire at Orlando Stadium.

“The coach must still field his strongest possible line-up in the second leg,” said Sebola as per Sowetan Live.

“We must make a strong statement by being ruthless in these Caf competitions. On the continent, you get respected by winning all the games. You must not be picky and say ‘no, this game is not big because we’ve qualified’. That is a poor mentality.

“You see Sundowns are renowned throughout the continent now. Why? I think it’s because whenever they play these Caf games they give their all. Pirates must also do the same irrespective of the first leg’s big scoreline.”

Five months later, they recorded a 11-1 home victory over Cote d’Or from Seychelles in a Champions League first round, second leg match to seal a group stage spot following a 16-1 aggregate scoreline.

Then Downs coach Pitso Mosimane fielded a strong squad in that match in Tshwane and the Brazilians went on a rampage despite already enjoying a 5-0 advantage from the away leg.

Now, it is to be seen how Pirates will fare against their opponents from Botswana following a heavy win last weekend.

Jwaneng Galaxy are the same side dismissed by Mamelodi Sundowns 5-1 on aggregate in the Caf Champions League earlier this season before dropping down to the Confederation Cup.

With Pirates posting a 3-0 away victory, expectations are high on the Buccaneers to complete the job with more goals.

Congolese forward Jean-Marc Makusu was one of the scorers in Gaborone last Sunday in what was his first-ever goal for Pirates and Sebola tips the on-loan AS Vita forward for more goals.

“That goal was important for Makusu. His confidence will be boosted big time,” Sebola said.

“You saw the way he celebrated after scoring… that goal means a lot to him. I sense he was starting to worry. I strongly feel the boy will settle in now.”

Maja wants to learn and improve at Fulham – Parker

Tue Feb 16 , 2021
The Nigeria international has hit the ground running on his arrival at Craven Cottage and has been praised for doing so Fulham manager Scott Parker has revealed Josh Maja wants to learn and improve with his side and hailed the forward for his impressive start at the club. The 22-year-old […] 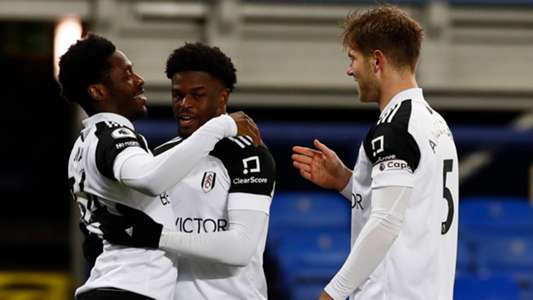