Orlando Pirates coach Josef Zinnbauer has described Wednesday’s Premier Soccer League clash against Tshakhuma Tsha Madzivhandila as a “tough game” despite easily romping to a 3-0 victory away at Thohoyandou Stadium.

Two first-half goals from Deon Hotto and Frank Mhango, as well as Fortune Makaringe’s second-half strike saw Pirates climb two places up the log to settle for fourth as they reduced the gap between them and leaders Mamelodi Sundowns to seven points.

It was an end to a two-match winless run for the Soweto giants whose win in Venda was their biggest victory margin in the league so far this season.

Despite their dismissal of Tshakhuma appearing as smooth-sailing, Zinnbauer says it was a difficult outing but he has lauded his scorers for the convincing victory.

“I think it was a tough game but we had a lot of opportunities in the first half and also in the second half,” Zinnbauer told SuperSport TV.

“This is the point we have to speak about, when you have possibilities you have to score. But I am happy that we had Gabba [Mhango] scoring, Hotto as well as Makaringe. I am happy with these players, they had some good work against the ball and with the ball. They get salaries for this.

“I think we did this [started the match well] but we had the possibilities first and earlier to score. Not one but two or three opportunities to score as the game finished. This is what we have to work on, to control and then to kill the opponent. You have to score two, three, four but my feeling today is that we were not that hungry. Still three nil and we go back and then we play a little bit casual.

“It is the thing we have to work on. We have to control the game and if it works we can get more.”

We had a lot of counter attacks but we were too casual towards the end. In the absence of co-captain Thulani Hlatshwayo who was serving a suspension, Zinnbauer shifted left-back Innocent Maela to start in central defence partnering Ntsikelelo Nyauza.

Paseka Mako began the match on the left side of defence, while Man-of-the-Match Wayde Jooste was deployed as a right-back.

But with 19 minutes remaining, Mako was pulled out for captain Happy Jele who went into central defence as Maela moved to his usual left-back position.

“It is the advantage we have [playing different ways in defence]. We can change easily in the game, the structure, the system or the players,” said Zinnbauer.

“It’s good for us and I am happy Jele came back, we needed the experience from him. The defence was good, Mako played very well and Wayde was much much better in our offence. That’s what we want from him and I’m happy he got the Man-of-the-Match. Congratulations to him.”

Pirates will remain in Venda and will be at Thohoyandou Stadium again on Sunday where they will be hosted by bottom-placed Black Leopards.

Wed Jan 13 , 2021
The 25-year-old has become a fixture for the Gunners of late but nearly left to sign for the Magpies just months ago Arsenal defender Rob Holding has revealed he was on the verge of a loan move to Newcastle this summer, before eventually staying in north London and establishing himself […] 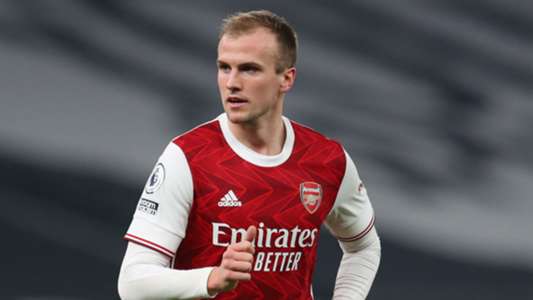