Orlando Pirates and Mamelodi Sundowns will play their respective Nedbank Cup Last 16 matches on February 27, with the Brazilians kicking off the day, before the Soweto giants are in action later on.

All matches of this round will be played on the weekend of February 26 to 28.

Sundowns host GladAfrica Championship side Polokwane City at 15:00, four days after their Caf Champions League Group B fixture away at Algerian side CR Belouizdad.

Pirates kick off their fixture away at Maritzburg United three hours later and three days after facing SuperSport United in the league, again on the road.

“The Cape Town derby between Cape Town All Stars and Cape Town Spurs will kick-off the round of 16 action on Friday, 26 February 2021 at 15h00. Then at 18h00 on the same day, Tshakhuma Tsha Madzivhandila will host Swallows FC,” the PSL confirmed.

“Three fixtures are scheduled for Saturday, 27 February 2021: at 15h00, defending champions Mamelodi Sundowns will be at home to Polokwane City while Black Leopards and AmaZulu FC lock horns in Limpopo at the same time. “In the evening [18h00], 2018 finalists Maritzburg United will host two-time champions Orlando Pirates.

“On Sunday, 28 February 2021, TS Sporting and Richards Bay FC will square off for a quarterfinal berth while Pretoria Callies and JDR Stars trade blows in the much anticipated Tshwane derby. Both fixtures will kick-off at 15h00.

“Later at 18h00, two-time semi-finalists Chippa United will come up against Cape Town City and both sides will be aiming to grab the last remaining 2020/21 Nedbank Cup quarter-final spot.”

Sundowns beat Stellenbosch 3-2 after extra-time in the Round of 32 to reach the Last 16 as they campaign for a sixth Nedbank crown and their second on the trot.

Following the elimination of Kaizer Chiefs, TS Galaxy and Baroka FC from this tournament by first division teams, Downs know that they will have to approach this match with more caution than some of their PSL rivals.

After missing out on the MTN8, the Nedbank Cup is another chance for Downs to end the season with a treble as they are also in pursuit of Premier Soccer League and Caf Champions League glory.

Pirates on the other hand would be seeking to improve from last season where they exited at the Round of 32 after losing to Bidvest Wits on penalties.

This time around, the Buccaneers narrowly beat GladAfrica Champion outfit Uthongathi FC 1-0 to advance to the next round.

Their opponents Maritzburg United are in the middle of a difficult season, flirting with relegation and edged Sekhukhune United 2-1 in their Round of 32 match to go through.

Mon Feb 15 , 2021
The Cottagers’ forward is the second Nigerian player to find the net twice in his first English elite division start Josh Maja’s brace for Fulham against Everton in the Premier League on Sunday means that the Bordeaux loanee has equalled a Premier League record that has stood for 28 years. […] 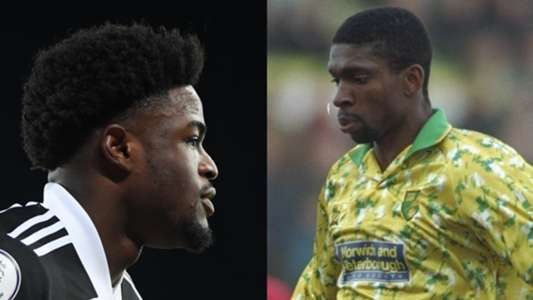