Bloemfontein Celtic central defender Justice Chabalala was one of the standout players on the pitch in Phunya Sele Sele’s 1-0 defeat to Orlando Pirates on Tuesday night.

After former Bucs striker Ndumiso Mabena was sent off just before half time for a reckless challenge on Linda Mntambo, Celtic’s task was made all the harder.

But with Chabalala in fine form, Pirates rarely threatened the visitors’ goal.

In the end, it was a moment of individual brilliance from Fortune Makaringe, rather than a mistake from Celtic, which led to the only goal of the match being scored in the 62nd minute.

“On another level. On another level, he worked very hard and they could not beat him in one-vs-one situations. He used the ball so well,” Maduka told SuperSport TV after the game.

“So its good to have a player of his calibre in your defence and he did so well. The whole defence, apart from the goal, we defended well.”

The 29-year-old Chabalala signed for Pirates from Free State Stars in 2016. He remains a Bucs player, but has spent most of the last five years out on loan – first with Chippa United and then with Celtic.

He has made 13 appearances in all competitions for Celtic this season, ahead of his contract with Bucs expiring in June.

While disappointed not to have taken anything from the fixture, Maduka was pleased with the way his 10-men side fought in the second half.

“It was difficult playing a quality team like Orlando Pirates with one man down. Second half with our plan, it worked because we managed to get into the final third. Before they scored we had a couple of chances, one of them was one-vs-one with the goalkeeper. Score that one and it’s a different game.

“But it didn’t happen and a lack of concentration and we got punished. We have to score goals. You can only win games if you score goals,” he added.

'Grealish needs to get out now!' - Scholes urges Aston Villa star to move to Man Utd, City or Liverpool

Wed Mar 3 , 2021
A former Old Trafford favourite says the England international must leave Villa Park to prove he is a top player Paul Scholes has urged Jack Grealish to consider joining Manchester United, Manchester City or Liverpool, insisting the Aston Villa star “needs to get out now”. Grealish has solidified his standing […] 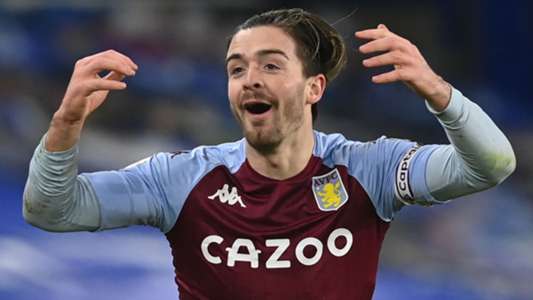