Despite their triumph over Kaizer Chiefs in the MTN8 competition earlier this season, Orlando Pirates head coach Josef Zinnbauer says his side will be underdogs in Saturday’s Soweto derby.

Pirates beat Chiefs 3-0 on October 31 last year and followed that up with a 2-0 victory eight days later, in the two-legged MTN8 semi-finals.

The Buccaneers then went on to beat Bloemfontein Celtic 2-1 in the final to end a six-year wait for silverware.

Since then, however, it’s not been all plain sailing for the Bucs ship and the team has battled for consistency over the past month, winning two, drawing three and losing two of seven league games.

Chiefs, meanwhile, started the season in poor form but have improved of late and head into the derby on a five-match unbeaten run, thanks in part to the return from injury of striker Samir Nurkovic.

“I think the [Pirates] players know what is happening with Kaizer Chiefs at the moment,” the German was quoted saying by the Citizen.

“Yes, maybe it wasn’t a good start into the season but now they are coming close to us by getting more points on the table. We know they have a big squad, good squad and Nurkovic is back and he is a player who gives a team a lot of advantage.”

Zinnbauer also paid tribute to his opposite number, four-time title-winning coach Gavin Hunt, as well as the quality in the Amakhosi squad.

“The squad that they have [is strong]. It is not like we are going to go there and get three points easily. No, this is going to be a fight, this is a big game,” the Sea Robbers tactician said.

“They have a coach who has a lot of experience in this league. He won titles and championships, he knows his business. Yes, we won the last two games in the MTN8 but it’s a different view now.

“We are playing a league game and we are fighting for three points. They are the favourites, they got the second place last year (in the league) and went to the Champions League.”

‘Tierney is seven out of 10 every week’ – Arsenal defender ‘one of the best left-backs’, says Winterburn

Fri Jan 29 , 2021
A man who once played the position in north London currently filled by a Scotland international has been talking full-back options at Emirates Stadium Kieran Tierney is “one of the best left-backs in the Premier League” and a model of consistency for Arsenal that is not “flashy” and a steady […] 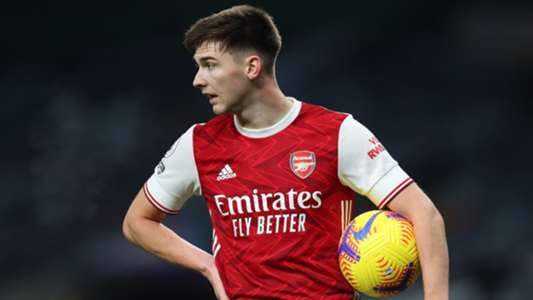