Orlando Pirates head coach Josef Zinnbauer was not totally satisfied with Orlando Pirates’ performance in their 1-0 win over Maritzburg United but did praise individuals.

Bucs had come into the game without having scored a goal in their last two matches – a 2-0 defeat at the hands of Black Leopards and a 0-0 stalemate against Golden Arrows.

It was, however, winger Deon Hotto who got the only goal of the game at the Harry Gwala Stadium, converting Bongani Sam’s 41st-minute cross.

Talking to SuperSport TV after the game, Zinnbauer voiced concern that his side was not more ruthless and says he was concerned about Maritzburg grabbing an equaliser.

And in the end, it did take a couple of important saves from Pirates keeper Richard Ofori against his former team to ensure that Bucs took all three points back to Johannesburg.

“Tough game, I’m happy about the result, we won, which is important for the three points,” the German said.

“We know against a relegation team it is not easy as they fight for [their] life.

“In the first 10 or 15 minutes of the second half we had good chances to score a second goal, and I think it’s finished (the result settled).

“But then the opponent play all or nothing, all in. We had counter-attacks but didn’t score and this is always the problem in the end of the game – you then have always the problem maybe there can be a free-kick or whatever they can do.

“Then we had Ofori who made a good game today, and we’re happy about the result.”

Zinnbauer also singled out two other players for praise. He mentioned left-back Bongani Sam’s role in Hotto’s goal and was also pleased with the contribution made by teenage midfielder Azola Tshobeni on his debut.

“All coaches are happy if the plan [is carried] out. Complements to Azola and to Sam, they make good games and Sam gave the assist.”

Sat Jan 23 , 2021
The ex-Gunners striker sees plenty of potential in a Norwegian midfielder, but those at Emirates Stadium have seen their fingers burned in the past Arsenal have been warned that Martin Odegaard could be another “embarrassment” like Denis Suarez, with Mikel Arteta being urged to do his “homework” before completing a […] 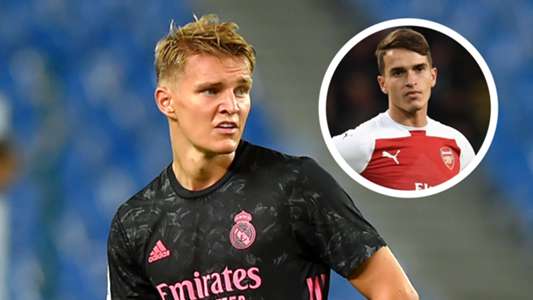