Since joining the Buccaneers in November 2020, the Congolese has come from the bench on six occasions across all competitions

Makusu arrived at Pirates last November carrying an injury which slowed his integration into the team.

He has however recovered to so far make three league appearances, two in the Caf Confederation Cup and featured in one Nedbank Cup game.

After the striker scored in last weekend’s first leg match against Galaxy in what was his first-ever goal for Pirates, Zinnbauer is considering handing him a maiden start.

“A striker needs goals. He can play better if he scores goals. He scored‚ and he’s given himself more self-confidence on the field‚” Zinnbauer told the media as per Times Live.

“And‚ ja‚ maybe he has a chance on Sunday‚ the next chance maybe from the bench or the starting line-up. We are open for this. We have researched in this week exactly which player is ready for Sunday’s game.

“And then these players who get to play‚ if they give a good performance they have a chance they can play in the next weeks. It’s always like this‚ especially like Jean-Marc‚ who‚ as a striker scored‚ and then he has a good chance to play.”

Chances of Makusu starting are brightened by the fact that Pirates are facing a crisis upfront following injuries to Frank Mhango, Zakhele Lepasa and Tshegofatso Mabasa.

This has seen midfielders like Deon Hotto, Terrence Dzvukamanja and Azola Tshabeni being used as number nines by Zinnbauer.

The German tactician is impressed by Makusu’s progress and says the striker is close to the level of conditioning he wants him to reach.

“He’s coming more with his conditioning‚ he’s coming more into the game model that we need. And we have felt this before in the training sessions and he’s now given us the signal in the game. He had a good game.

“For a striker to score is important. And I think‚ with a game on Sunday‚ we have to see now what’s happened in the squad. It was not just the three goals we scored‚ but also the performance we gave. This was a good team performance‚ and I’m happy about this.”

After the match against Jwaneng Galaxy away, Zinnbauer expressed concern that some of his key players were injured in that game.

Selfish Ronaldo is struggling under Pirlo at Juventus - Cassano

Thu Feb 18 , 2021
The Portugal international was unable to prevent his side from suffering a first-leg defeat to Porto in the Champions League on Wednesday Antonio Cassano has branded Cristiano Ronaldo “selfish” and believes the Juventus star is struggling to adapt to Andrea Pirlo’s playing style. Ronaldo has been the Turin giants’ most productive […] 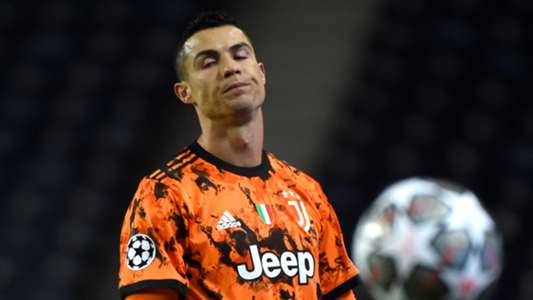