The German tactician says conditions in Gaborone, where they played a Caf Confederation Cup qualifier, were difficult, leading to new injuries

Orlando Pirates coach Josef Zinnbauer is hoping the upcoming days, leading up to Saturday, will afford time for his injured players to recover ahead of hosting Jwaneng Galaxy in a Caf Confederation Cup play-off, second leg match.

Pirates dismissed Galaxy 3-0 to claim a crucial away victory and were already missing key players like forwards Thembinkosi Lorch and Frank Mhango, as well as defender Ntsikelelo Nyauza.

But the trip to Botswana saw Pirates returning home with fresh fitness concerns and despite welcoming their opponents on Saturday enjoying the advantage in the two-legged tie, Zinnbauer was worried about his squad situation.

“Yes, we have to see now what happens. We have injured players, as you saw the weather was very hot and both teams struggled a little bit in their conditioning,” Zinnbauer told the media.

“But our team was very good, we have now the recovery days and we need these recovery days after having a lot of games in the past weeks. Now it’s important to recovery and then start [preparing] and see what happens with the next game, with players that are available.

“I hope Lorch and other players come back and we can improve the next start to win I hope. We need a good game, I know the opponent is good so we have the full concentration for next Saturday.”

The German is refusing to feel comfortable despite the 3-0 away win, saying the contest is not yet over as they now prepare to protect their lead at Orlando Stadium on Saturday.

“You know in football you have one goal ahead and the players think that the game is finished. But the game is not finished, it is starting with the second half,” added Zinnbauer.

“The result is important and when we have opportunities, we can score more goals, it’s important you do this. We have three goals now but we have the second leg and we have to concentrate on the next game on Saturday. If we give the same performance then we have a good chance [to qualify] for the next round.

“In the first 15 minutes we had a lot of opportunities to score but their goalkeeper was very good today. From minute to minute we came closer to the first goal. I am happy we score from set-pieces against an opponent with tall players.

“The second half was the same, we controlled the game, we dominated and had more opportunities to score more goals. I think our opponents had one or two chances to score but at the end of the day we deserved this win.”

Mon Feb 15 , 2021
This week marks the debut of the African Football HQ Unplugged Podcast, as Malek Shafei and Ed Dove delve into some of the broader subjects in the continent’s game and—in this episode—look ahead to the return of the Champions League. There have been many glorious moments for African players in […] 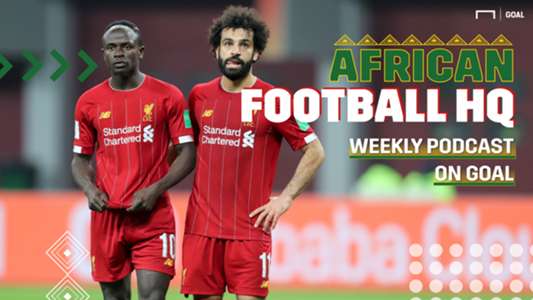