The Nigeria international could not find the chance to add to her two goals in the current season but made the most of the chance to help the Dijonnaises end their straight four-match winless run.

Oparanozie was handed her eighth league start since teaming up with Yannick Chandioux’s side, while Morocco’s Salma Amani was also afforded her 11th outing as a late second-half substitute.

In a bid to return to winning ways, Dijon started the game on an impressive note but only managed to gain the lead in the 45th minute when Sh’nia Gordon netted off Oparazonie’s pass.

After the break, the visitors bounced back when Noemie Carage pulled down Kimberley Cazeau inside the area and Marie-Charlotte Leger converted the equaliser from the spot in the 61st minute.

Soyaux, went on to gain the lead when Siga Tandia and Ophelie Cuynet combined well in the build-up to set up Nina Stapelfeldt for their second, with her long-range strike five minutes later.

Dijon, however, did not allow the visitors’ celebration to last for long when Gordon grabbed her second of the match, with a stunning strike from 30 metres to level matters in the 68th minute.

Five minutes from time, Oparanozie bagged her second assist of the match when she played through Lea Khelifi for the late winner.

Oparanozie, who has now gained two goals and four assists for Dijon, featured for the duration of the game, while Moroccan Amani lasted the final three minutes after replacing Gordon.

The win saw Dijon move to seventh on the log, with 16 points from 12 matches this season. Oparanozie will be anxious to add to her tally when Dijon welcome Paris in the French Cup on January 31.

Sat Jan 23 , 2021
Bucs have won two of six league matches since the Christmas break and are currently six points behind league leaders Mamelodi Sundowns and Swallows FC Orlando Pirates head coach Josef Zinnbauer was not totally satisfied with Orlando Pirates’ performance in their 1-0 win over Maritzburg United but did praise individuals. […] 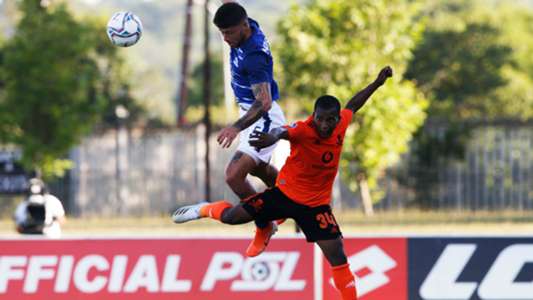