The Nigeria international was at his best, scoring twice to help the Yellow and Reds secure victory at Gaziantep Arena

The forward teamed up with the Yellow and Reds for his third spell on loan from Monaco and was handed his debut at Gaziantep Arena.

The Nigeria international shone in the encounter, scoring twice to inspire his side to victory and help them extend their winning run to three games.

The forward admitted he was not fully prepared for the game but the support he received from manager Terim spurred him to success.

“To be honest, I’m not 100% physically ready. However, there is a very important factor besides this. The name of this factor is Fatih Terim,” Onyekuru told the club website.

“The trust and support he gives me, make me feel better, necessarily. Likewise, I think I performed well with the support of my teammates in the field and the support of our assistant managers. It will get better with each passing day.

“I always thank God for making me wear the Galatasaray jersey again. It is an incredible honour to play in a big community like Galatasaray and to wear their uniform.

“You know, we have a very good bond with the fans. The support they gave me for me to come back, to be with them again, to be with my teammates and my manager makes me incredibly happy.”

Onyekuru is delighted to hit the ground running by scoring twice on his third debut for Galatasaray and has appreciated the club fans for their unrelenting support for him.

“The moment I scored I felt like I was returning home. The fans have been very supportive for me to come,” he continued.

“I feel very happy to be able to make them happy again, to come back to my house, to have returned home with a goal.”

The victory ensured Galatasaray climbed to the second spot on the Super Lig table after gathering 42 points from 21 games.

Onyekuru will hope to continue his blistering performances when Galatasaray take on Istanbul Basaksehir in their next league game on February 2.

Real Madrid on US TV: How to watch and live stream La Liga matches

Sat Jan 30 , 2021
Zinedine Zidane’s team continue their title defence this week with a favourable fixture against Levante Real Madrid are the most successful club in Spain, having won a record 34 Liga titles, and they are looking to add another championship this season. Live Stream: Fanatiz English (stream now) Zinedine Zidane’s team saw Cristiano […] 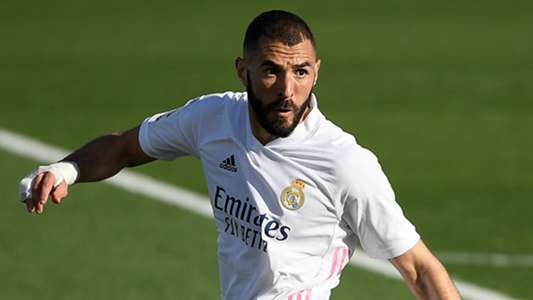