Paul Onuachu powered Genk to the Belgian Cup quarter-final with his late match-winning goal in their 1-0 win over Sint-Truiden on Wednesday.

The 26-year-old striker broke the deadlock at the Luminus Arena in the 87th minute, after he benefitted from Bryan Heynen’s assist.

The strike was Onuachu’s first goal since he scored a brace against Zulte-Waregem on January 27, after which he played two league matches without finding the back of the net.

So far this season, the Nigeria international has scored 23 goals in 26 matches across all competitions, which include 22 goals in the First Division A.

He played the entire duration of the encounter but his compatriot Cyril Dessers was an unused substitute.

Sint-Truiden, on the other hand, had Angola’s Jonathan Buatu, Mali’s Mory Konate on parade while Nigeria’s Junior Pius watched on from the bench.

After finding his goalscoring boots on Wednesday, Onuachu will aim to build on his cup heroics and help Genk return to winning ways after Sunday’s 2-1 loss to Anderlecht.

They travel to KV Oostende for their next league fixture on Saturday.

John van den Brom’s side are third in the Belgian top-flight table with 43 points after 26 games – 17 points behind leaders Club Brugge.

Wed Feb 10 , 2021
The Ivory Coast international continued with his impressive performances for the Sons of the Gods at Johan Cruijff Arena Sebastien Haller scored twice to help Ajax secure a 2-1 victory over PSV Eindhoven in a Cup tie on Wednesday night. The 26-year-old has been delivering eye-catching performances since teaming up […] 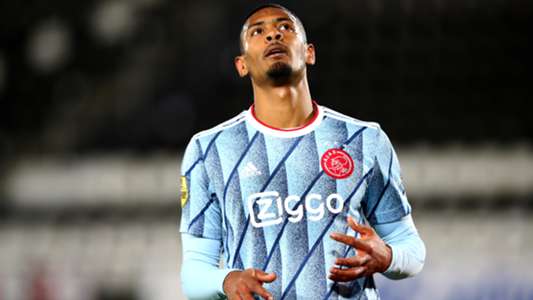