Paul Onuachu scored his 23rd goal in the Belgian First Division A on Wednesday but it was not enough as Genk suffered a 3-1 loss against KV Oostende.

The 26-year-old opened the scoring for Genk in the 10th minute after slotting his strike past goalkeeper Guillaume Hubert from the penalty spot.

Shortly after his opener, Senegal striker Makhtar Gueye grabbed an equaliser for the hosts from the penalty spot in the 22nd minute and he also fired them into the lead, four minutes later with another strike from the spot.

Despite Onuachu’s fine goalscoring streak, Genk are winless in last three First Division A matches and they have only registered just a win in their last eight league outings.

The opener was Onuachu’s first league goal since he grabbed a brace against Zulte-Waregem on January 27 and it also extended his dominance at the summit of the scorer’s chart with 23 goals after 26 league appearances.

He is still the top scoring Nigerian player in Europe and he was in the game for the entire duration.

Meanwhile, his compatriot Cyriel Dessers was introduced as a 64th-minute substitute but he find the back of the net as he awaits his first league goal since his effort against Royal Antwerp on December 6.

KV Oostende, on the other hand, had Senegal duo Gueye and Mamadou Thiam, alongside Zambia’s Fashion Sakala on parade in Tuesday’s fixture.

After the defeat, Genk still sit above KV Oostende in the First Division A table with a point lead after gathering 43 points from 27 games.

Onuachu will be expected to lead the Smurfs when they host Beerschot for their next league match on Sunday.

‘I’m not a robot, it’s not like the PlayStation’ – Tottenham’s Aurier on his consistency

Wed Feb 17 , 2021
The Ivory Coast captain is often the poster boy for defeats when Jose Mourinho’s side drop points in the Premier League Tottenham Hotspur defender Serge Aurier admits he is not at his best sometimes and he said football is not like playing video game, PlayStation. After heavy criticism in 2019-20 […] 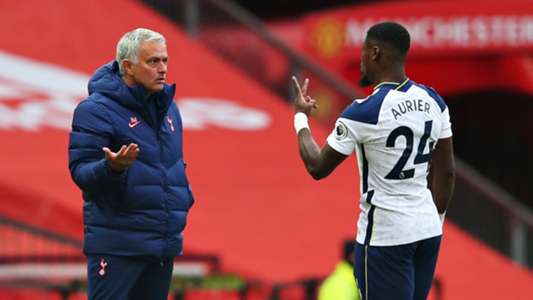