Erling Haaland will be the star of the “new generation” of football players according to Mino Raiola, who says only 10 teams – including four in England – can afford to sign the Borussia Dortmund striker.

Haaland was being tracked by many of the world’s top teams because of his exploits at Red Bull Salzburg before he opted to join Dortmund in January 2020.

The 20-year-old’s stock has continued to rise since his arrival at the Bundesliga side, having scored 43 goals in 43 appearances in all competitions.

Haaland’s agent claims he is the successor to Cristiano Ronaldo, Lionel Messi and Zlatan Ibrahimovic and says every club will want to sign him.

“It is obvious that everybody is looking at Erling as one of those potential new future stars because it’s so difficult to do what he does at his age at his level,” he told the BBC.

“He will be one of the future stars of the next decade because we see that stars such as Ibrahimovic, Ronaldo and Messi are coming to an age where everyone asks themselves: ‘How long can we still enjoy them?’ So everyone is looking for the new generation.

“Only a maximum of 10 clubs can afford to buy Haaland and give the platform you would like after you’ve been in Dortmund, and four of those clubs are in England.

“I don’t think there’s a sports director or trainer in the world who would say ‘not interested’. It’s like saying: ‘Is there a Formula 1 team who would not be interested in having Lewis Hamilton?'”

The Norway international is contracted to Dortmund until 2024, but he is expected to move on to one of Europe’s biggest sides before then.

Barcelona have been touted as one of the top candidates to land the striker and coach Ronald Koeman said on Tuesday that any move for him will depend on the winner of the club’s upcoming presidential election.

One of the candidates, Toni Freixa, said signing Haaland or Paris Saint-Germain star Kylian Mbappe is “absolutely possible” and the type of transfer the club should be pursuing.

Why are Barcelona fans called cules?

Tue Feb 23 , 2021
The Spanish giants’ supporters have always been known as ‘cules’, but when and where did the term originate? Real Madrid fans are called ‘Madridistas’, a nickname derived from their club’s name.  For Barcelona fans, however, who call themselves ‘cules’, the terminology is not as straightforward – so what is the […] 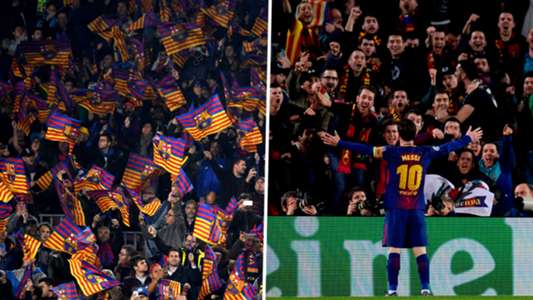