Andre Onana was in action, Sebastien Haller found the back of the net while Zakaria Labyad’s strike was cancelled as Ajax handed a 2-1 defeat to Fortuna Sittard in Sunday’s Eredivisie game.

Cameroon goalkeeper Onana continued his consistency for the Sons of the Gods when he made his 18th league appearance against Sjors Ultee‘s men.

The shot-stopper impressed in the encounter to help the Johan Cruyff Arena outfit secure all three points and extend their winning run to four games.

Haller was also afforded his third start since teaming up with the side from Premier League club West Ham United in January.

The forward utilized the opportunity to score his second goal for Erik ten Hag’s men and help them clinch their 14th win of the season while his teammate and Morocco international Labyad was denied a chance to register his name on the scoresheet.

Ajax hit the ground running in the encounter and mound pressure on Fortuna Sittard which saw Sebastian Polter turn the ball into his own net in the 19th minute.

Mickael Tirpan then brought his side back into contention in the encounter when he levelled proceedings in the 48th minute after he was set up by Lisandro Semedo.

Labyad thought he had handed his side the lead when he fired his effort into the back of the net but the Video Assistant Referee ruled out his effort for a previously committed foul.

Moments before the end of the game, Fortuna Sittard were reduced to 10 men when Polter was shown a straight red card in the encounter for serious foul play.

The victory ensured Ajax maintained their lead at the top of the league table after gathering 44 points from 18 outings.

Onana was on parade for the entirety of the game for Ajax, made 41 touches on the ball and had a 74 percent successful rate.

The goalkeeper has now featured in 24 games for the Sons of the Gods across all competitions this season and kept eight clean sheets.

Onana, Haller and Labyad will be expected to continue their impressive performances when Ajax take on Willem II in their next league game on January 28.

Sun Jan 24 , 2021
The manager refused to blame the goalkeeper for Luton’s goal in the first half, while he is confident the German striker will get back to his best Frank Lampard defended Chelsea goalkeeper Kepa Arrizabalaga and striker Timo Werner following their 3-1 win against Luton on Sunday. Tammy Abraham’s hat-trick proved […] 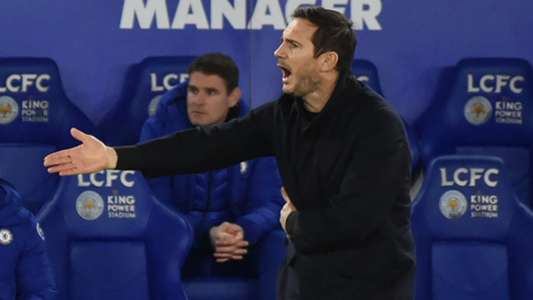