Klinsmann Omulanga has explained how Mathare United can beat Ulinzi Stars during the Football Kenya Federation Premier League match on Wednesday in Nakuru.

Omulanga believes playing according to what their game plan would demand is the best way to down Ulinzi Stars at Afraha Stadium.

“The key to this is to stick to our game plan and play the way we as Mathare are renowned,” Omulanga said as was quoted by Mathare United’s Facebook page.

“Ulinzi play a completely different style to ours and if we move the ball around with purpose and play as a team then I reckon we will come away with something from there.”

The forward also stated how they made sure a poor start would not affect them with their season picking up speed as they try to catch-up with the rest.

“We started the season badly but responded quickly so as not to allow the negative results to take a toll on us,” he added.

“We now feel like we are understanding more of one another on the pitch and I expect this to improve with every game that we play.”

Mathare United will be up against the 2010 Premier League champions, who have scored just three goals and have conceded two.

On the other hand, after conceding seven goals against Sofapakaa and Gor Mahia, where they also scored three, the Slum Boys saw an improvement in the next games against Zoo FC and Bandari.

The 2008 champions defeated Zoo 2-0 and managed to get a point from a 0-0 draw against Bandari. Omulanga hopes they will have a better outing against Ulinzi Stars as compared to the game against the Dockers.

“We will be better on Wednesday than we were against Bandari, I can assure you that,” he concluded.

The game will be the first one for the Slum Boys since they confirmed the departure of Moses Mburu and Francis Oduor.

The club is yet to confirm any new signing after the FKF Premier League transfer window opened on Tuesday although they are expected to bolster the squad.

Two matches will be played on Tuesday as Gor Mahia will be up against Zoo in the other clash.

Wed Jan 27 , 2021
The Portuguese is hopeful that he will be able to call upon a talismanic performer again soon as he continues his recovery from a fractured skull Nuno Espirito Santo says Raul Jimenez could play again this season, with the Wolves boss delivering a positive update on the striker’s fitness ahead […] 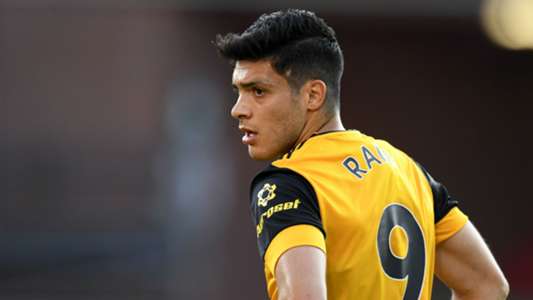