Sammy Omollo has made a bold statement pointing out Gor Mahia as the most organized team internally with a bright future as opposed to the other Football Kenya Federation Premier League teams.

Questions have been asked regularly about the vision of arguably Kenya’s biggest team owing to frequent changes especially in the playing unit, and financial instability. But the former Harambee Star has stated the picture printed outside contrasts what actually happens internally.

“I have been in several teams and seen how most things are handled, and all I can say is that K’Ogalo are miles ahead of other teams,” Omollo told Goal on Tuesday.

“Starting with their meetings the way the chairman [Ambrose Rachier] handles them is very professional. You can feel where he wants the club to be, what he wants to achieve with the team. Very different from what was happening at my club Posta Rangers.

“Even if things might not be the way they should, I can say there is every reason to be optimistic.”

The 51-year-old has also explained why Gor Mahia’s dominance in the domestic league is not by coincidence.

“The quality at the club is very much different from, for example, what I had at Rangers,” Omollo continued.

“These are players who can easily help you win the titles and it is why K’Ogalo have been dominating. Look at the players they have managed to export to other leagues, no team has produced as many.

“The targets are not average ones, but quality and it is why the club is thriving.”

How is it working as an assistant coach under Portuguese Manuel Carlos Vaz Pinto?

“This is my first time working under a foreign coach, it has never happened before,” Omollo stated.

“On the pitch, the results might not have been so good, but it has nothing to do with the way we train. I am sure in due time we will see the fruits on the pitch. he is a good coach who knows what he is doing and on my part, I am still sharpening my skills and knowledge.”

Tue Apr 27 , 2021
Ahead of the semi-finals, Goal recall some of the iconic showings by the continent’s stars in Europe’s most prestigious competition Source of the article 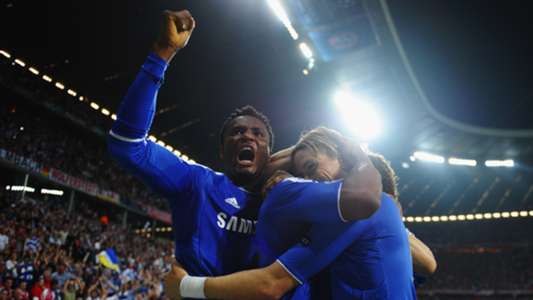