Kenneth Omeruo has encouraged Leganes to continue their impressive run of form in order to brighten their chances of returning to La Liga at the end of the 2020-21 campaign.

The Cucumber Growers dropped to the Segunda Division last season following a spate of poor results which saw them end the season on the 18th spot.

Omeruo has been playing a key role for the Estadio Municipal de Butarque outfit this season to ensure their current fourth spot on the league table.

The Nigeria international has featured 20 times in the Spanish second tier and on Wednesday night, he scored his first goal of the season against Almeria.

His performance helped the Cucumber Growers extend their winning run to four games, having last tasted defeat against Las Palmas on January 24.

Omeruo has urged his side not to relent on their fine performances and hailed them for their impressive showings against Almeria.

“I am very happy with this game because it’s a very important game for us, we have to keep improving to get close to the teams at the top and right now we have a good rhythm and it is important that we continue,” Omeruo said after the game.

“We did not have enough time to prepare for this game but the coach did a lot of work for us to understand how to get close to them before the ball.

“Even when we had the goal, we had to keep going and it shows we worked hard that is why we got this result today.”

What’s a game and a time to score my first goal of the season.. vamos @CDLeganes pic.twitter.com/Zg3c3Jq42q

Omeruo has been with the Cucumber Growers since 2018, initially on loan before he was permanently signed from Premier League giants Chelsea.

The centre-back made spirited effort to try and help his side maintain their La Liga status last season but his contribution was not enough to save the Estadio Municipal de Butarque outfit from relegation.

Omeruo will hope to continue his impressive performances for Leganes when they take on Tenerife in their next league game on February 21.

The centre-back will be expected to replicate his fine club displays in Nigeria’s 2022 Africa Cup of Nations qualifiers in March.

Haaland: Mbappe hat-trick inspired me to Dortmund double against Sevilla

Thu Feb 18 , 2021
The 20-year-old fired the German side to a first leg win against Sevilla in the Champions League on Wednesday Borussia Dortmund sensation Erling Haaland says his match-winning performance against Sevilla on Wednesday was inspired by Paris Saint-Germain star Kylian Mbappe’s hat-trick against Barcelona the previous night. Dortmund came from behind […] 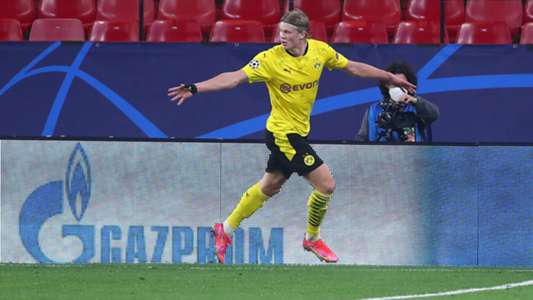