Kenneth Omeruo and Umar Sadiq were on the scoresheet in Leganes’ 2-1 victory over Almeria in Wednesday’s Segunda Division game.

Omeruo has been with the Cucumber Growers since 2018, initially on loan before he was permanently signed from Premier League giants Chelsea.

The centre-back made spirited effort to try and help his side maintain their La Liga status last season but his contribution was not enough to save the Estadio Municipal de Butarque outfit from relegation.

Notwithstanding the Cucumber Growers’ drop to the Spanish second division, the Nigeria international chose to continue his stay with the club.

The defender struggled with injury problems at the start of the season and against Jose Gomes’ men, he was handed his 20th league appearance and utilized the opportunity to score his first goal in the Segunda Division.

His compatriot Sadiq was one of the standout performers for Almeria in the encounter, scoring his 11th league goal to boost his chances of getting his first call-up to the Nigeria national team.

The Union started the game on an impressive note when Sadiq opened the scoring in the eighth minute of the encounter.

Borja Baston then levelled matters for the Cucumber Growers in the 48th minute after he was set up by Jonathan Silva.

With the game looking to end in a draw, Omeruo then scored the match-winning goal in the 90th minute after an assist from Javier Aviles.

Omeruo featured for the duration of the game along with Sadiq, who has now bagged 19 goals across all competitions and provided six assists.

With the draw, Leganes climbed to the fourth spot on the league table after 46 points from 25 games while Almeria are third on the table despite their defeat.

The Nigeria stars will be expected to continue their impressive performances for their respective clubs in their next outings.

Wed Feb 17 , 2021
The Nigeria forward continued his fine goalscoring form in Belgium but his effort was not enough to save his team from defeat on Wednesday Paul Onuachu scored his 23rd goal in the Belgian First Division A on Wednesday but it was not enough as Genk suffered a 3-1 loss against […] 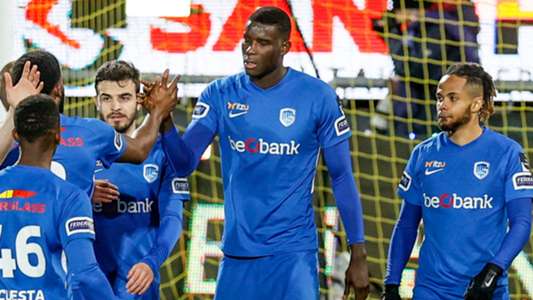