The towering striker scored in the 73rd minute, after Duhail had taken a deserved lead in the 37th minute courtesy of Ian Mohammad, to help his side keep their second spot on the 12-team table.

Duhail, who lost to Egypt’s Al Ahly 1-0 in the Fifa Club World Cup 2020 on February 4 at the Education City Stadium, were the better side in the match as they knew a win will help them cut the lead of run-away leaders Al Sadd to 13 points.

After a cagey start to the first half, Duhail managed to settle down but they were forced to wait until the 37th minute when Mohammad powered home with his left foot, which beat Saj Al Hajiri in Rayyan goal.

Duhail went into the break leading 1-0 and on resumption, they continued to pile pressure but missed a golden opportunity when Mohammed Muntari failed to connect with a well-delivered cross, with only the keeper to beat.

Muntari was again provided with another chance to make it 2-0 for the home team but he headed wide, after being teed up by Edmilson Junior from the right wing.

Olunga then came on in the 56th minute and his first touch could have given Duhail the second goal but Rayyan’s Dame Traore reacted quickly to stop him from pulling the trigger with his left foot.

But it did not take long as Olunga finally scored the second goal in the 73rd minute, this time around finishing off a well-laid pass from Junior, who had done the donkey work of dancing past Rayyan’s rearguard.

The former Gor Mahia striker could have added his second, as he raced clear onto another through-ball from Junior, but his final effort was weak and could not trouble Rayyan’s custodian.

Olunga’s Duhail will now shift their focus to the Qatar Cup where they are scheduled to take on Al-Gharafa on February 18.

Sun Feb 14 , 2021
The Egypt star continued his fine start to life in the Turkish Super Lig as the Lions bounced back to winning form Mostafa Mohamed scored a late match-winning goal for Galatasaray in their 2-1 win over Kasimpasa on Sunday. The Egypt youth star, who joined Fatih Terim’s side on a […] 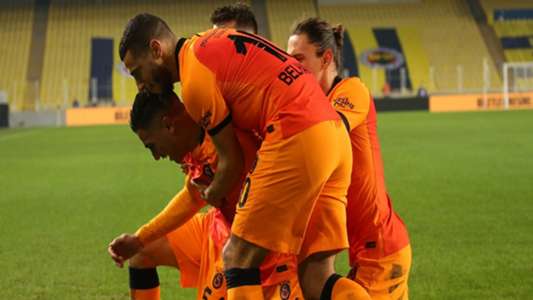