Kenya international Michael Olunga has explained how Al-Duhail can beat Al Ahly and book a semi-final berth against Bayern Munich in the Fifa Club World Cup.

Olunga’s Al-Duhail were paired against the African champions after they secured a place in the competition when Auckland City of New Zealand withdrew.

The Harambee Star, who has played three games for the Qatari side since he signed from Kashiwa Reysol, has now offered how they can navigate past the Egyptian club.

“It is not a friendly game that we will be playing,” Olunga told beIN Sports. “Al Ahly are the Africans champions and they are strong but of course we respect them but we do not fear them.

“We will be playing at home, we will have our fans and it is going to be a good and balanced game but at the end of the day, we will have to stick to our philosophy as a team.

“I believe with a good tactical approach I believe we have a chance.”

Olunga, however, did not want to talk about a possible showdown with Bayern Munich – which he says would be a dream – as he insisted on the need to focus on Al Ahly first.

“It is every player’s dream to be at the semi-final of Fifa Club World Cup. Beating Al Ahly and facing Bayern Munich is a dream for everyone in our dressing room,” the former Gor Mahia star explained.

“It is going to be a big moment if we can achieve the fete and compete against the best European club of last season.

“We cannot skip the fact that we have to play Al Ahly, and you cannot prepare for something that you do not know it is going to happen. But I can say for sure we are preparing hard for the Al Ahly game and it is going to be a big test for us.

“I know each player is yearning for the next phase. As the coach said, we have to plan for the job that is in front of us and later if we can progress we can see how to approach the [Bayern Munich] game.”

As he is about to make a first appearance in the global club competition, Olunga is hopeful of the full support from the fans as Al-Duhail make history by participating in the competition for the first time.

“All the Duhail fans and of course all the Qatari fans will be rallying behind us and they would want us to go as far as possible and that is going to be a big fete for the club just founded in 2009,” he added.

“And ten years later, they are playing in the Fifa Club World Cup. That is quite a great achievement and imagine going further in the competition it is going to be really massive progress for the club and its future.”

The Fifa Club World Cup will begin on February 4.

Mon Feb 1 , 2021
After the cup competition, Wekundu wa Msimbazi will play Dodoma Jiji in a league assignment on Thursday Simba SC communications officer Haji Manara believes the Simba Super Cup has given new coach Didier Gomes Da Rosa an opportunity to see the potential of his players before analysing who to use […] 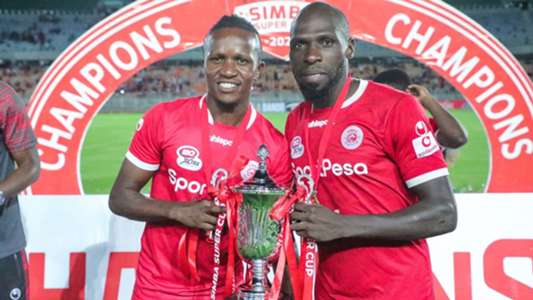