The Camp Toyoyo Board, commonly referred to as the Board, has confirmed former Kenya midfielder Crispin Olando is in good health and soon new developments will be made public.

The 32-year-old is in custody at the Jackson Parish Correctional Centre after allegedly breaching immigration rules. The Kenyan was booked because he did not have the necessary immigration documents and was not granted a bond.

“First I want to state that the Board made contact with Crispin in a bid to understand the circumstances surrounding him,” read a statement signed by Philip Lukhachi on behalf of the Board and obtained by Goal.

“We are therefore privy to some details of his situation that are not public and wanted to make sure we are certain that anything we say is verified and accurate.

“We are also aware that there have been several individuals who have put contradicting information out there using social media, broadcast, print or the usual hearsay.

“Due to the sensitivity and nature of the information we have, we want to state Crispin is in good health. We will give more information and any new developments upon verification and permission from Crispin and people handling his case.”

The public has been urged to be considerate with the information shared considering the victim has a family and reputation to keep.

“Now we understand, people want to establish this short-lived credibility and are looking for content to appeal to their audience and much-needed ratings,” the statement added.

“We encourage people to carefully verify the authenticity of the information and their sources before putting it out.

“Keep in mind that the said individual has family and friends who could be impacted by the information spewed out thoughtlessly.

“With the viral nature of some information, you run the risk of conveying erroneous information that can unfairly affect public opinion and impact his case.”

After moving to the US in 2013 in search of greener pastures, Olando managed to secure trials with Houston Dynamo and Vancouver Whitecaps but failed to convince their technical benches to sign him.

He resorted to playing in the lower tiers of domestic football in the country before eventually retiring and settling with his family.

While in Kenya, the midfielder turned out for then-Kenyan Premier League (KPL) side Thika United before joining Tusker FC.

At the Ruaraka-based side, Olando won back-to-back league titles in the 2011 and 2012 seasons.

Call of Duty: Warzone | Coalition vs Allegiance | Hamed Allah is the new sniper of the ultimate team

Sun Jun 14 , 2020
The Moroccan striker beats out Bafétimbi Gomis to secure his place in Warzone’s ultimate team Abderrazak Hamed Allah has secured his place in call of Duty: Wazone ultimate team, which features a combo of COD’s operators and football players who have similar characteristics. Goal.com has teamed up with Call of […] 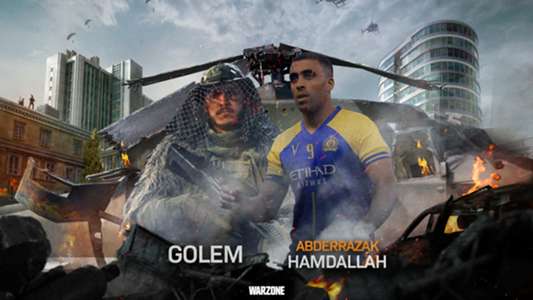