The Ingwe youngster has been under pressure from the fans for revealing he is 90% sure about leaving the team. He went on to reveal he has not been able to pay his rent and the 13-time champions are doing nothing about it.

The midfielder categorically stated he wants to play in the Caf Champions League next season, but might consider staying at the Den if Ingwe clear what they owe him.

“I understand his frustrations, but he could have taken them to the office and not in the media,” Okwemba told Goal on Tuesday.

“The best thing he could have done is send his agent or if he does not have one, get a representative who can go and negotiate with the team on his behalf.

“It is a very concerning situation, yes, but it needed sober and wise handling. It is the only way to go because we also understand the situation of most teams in the country.”

The 40-year-old believes the move was misinformed and might bring him dire consequences once the season resumes. To avoid that, the former Kenya international has advised the young creative midfielder to be humble and own up to his mistakes.

“The outbursts put the boy at loggerheads with the fans and it might put him under pressure when the league resumes,” Okwemba continued.

“The fans will not make it easy for him during his bad days in the office, they will hit him with all kinds of insults. The best thing for him to do is use the same channel or maybe find a way of apologising to the fans.

“He has to mend the otherwise spoiled relationship with the Ingwe faithful.”

So to avoid all these, should Leopards let him leave?

“No, he is a good player and can be influential for the team,” Okwemba stated.

“We all know he is talented. All that the team need to do is talk to him and advise him. Being a young boy, he needs to be guided.

“Furthermore, he still belongs to the team and has a running contract.”

Tue Jul 28 , 2020
The Kakamega-based club have responded to mail from the federation and become the last team to receive funds from sponsors Kakamega Homeboyz have finally complied by remitting their bank account and will thus receive their first payment from the Football Kenya Federation (FKF) as part of the sponsorship from BetKing […] 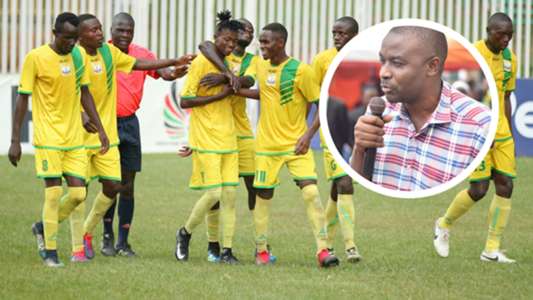